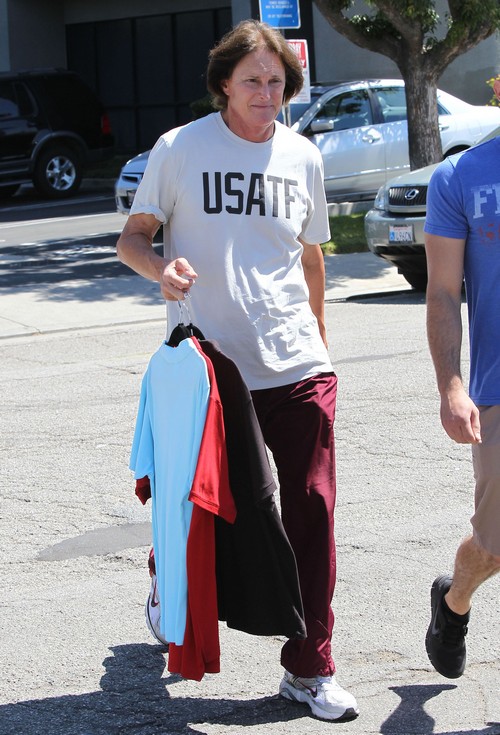 Bruce Jenner has moved out of the home he shares with Kris Jenner in Calabasas, and this time it’s not because of marriage problems. According to several sources, the former Olympic athlete has moved back into his rented Malibu mansion after being constantly told to keep quiet while baby North West is sleeping.

Kim Kardashian and Kanye West are currently staying at the couple’s home until they’re Bel-Air mansion has finished its renovation stages – which could take another few weeks. And while Bruce had no issue with having his step-daughter, her boyfriend and the baby stay with them for some time, he definitely wasn’t expecting it to be this bad.

Bruce’s friends are no longer allowed to come over because Kim and Kris believe they’ll make too much noise that could potentially wake up the baby, and seeing that little North West is still so fragile and small due to her five weeks premature birth, Kim wants everyone to respect her decision on whatever she needs done. So, if she says Bruce can’t have no friends over, then that’s just the way it has to be.As we all know, Bruce never gets a word in with the Kardashians, he’s constantly being pushed over by the family but his move back into his Malibu home was the breaking point for 63-year old. He feels like he’s trapped in the house he was sharing with Kim and Kanye because they act so strict towards him; he’s not allowed to play with his remote controlled helicopters, he can’t watch television and he can’t have friends over — so what is he supposed to do?

RadarOnline’s sources reveal that Jenner “decided to ditch the family home because he was constantly being told to be quiet because of baby Nori. Bruce was unable to have his friends over to fly their remote controlled helicopters in the backyard because of concerns of noise.”

On top of that, Kris has shown pretty much no support towards her husband as he – once again – feels very isolated from everyone else; Kris actually found the idea of him moving out until Kim finds a place a very good idea. How can a wife be so cruel and not even show her man some kind of support and reassure him that it’s only for some time being before things would go back to normal.

Kimye’s place will be finished by next month, several outlets claim. The house costed Kanye a whopping $8 million where the rapper will PERMANENTLY reside with his girlfriend and the newborn baby; he has already put his penthouse in Paris up for sale showing signs that he’s truly hoping things will work out between him and Kim.