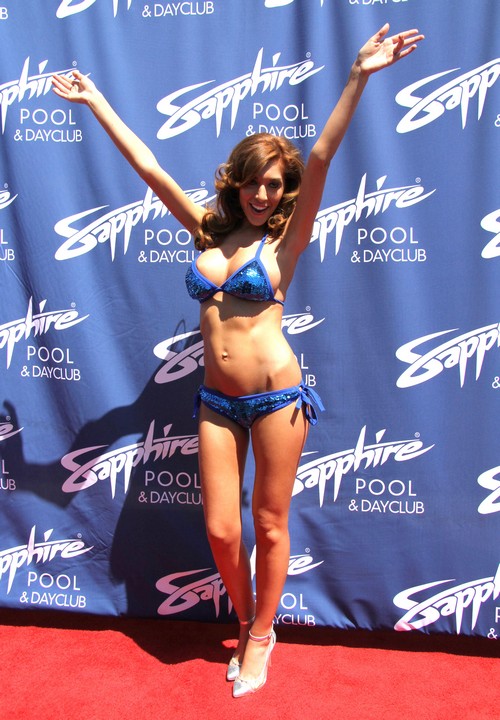 Farrah Abraham slams Charlie Sheen once again as she desperately hopes to cling on to her fifteen minutes of fame as long as she can. The Teen Mom caused quite a stir with the actor after leaking text conversations she had with him which showed that Charlie was interested in her and wanted her as one of his Goddesses.

Of course, that was all ruined after Abraham sent the pictures out to the media for a nice pay check. Charlie has been sending all types of disses towards Farrah ever since, and seeing that this is the MTV star’s biggest story to date, she’s milking it as long as she can by lashing out at the Anger Management star, Charlie.While Farrah claims she’s totally not bothered by Charlie’s comments on her “tranny-boobs” and “desperate guzzler of stagnant douche agua,” she fought back at the 47-year old.  She called him too old to be on her radar. “I really don’t even care.  That’s coming from someone so old and he needs to get his stuff together.”

Abraham then repeated her words in another quote, once again claiming that she really doesn’t care about Sheen, saying: “I don’t even care. Anything he said doesn’t really even make sense to me.” Wow, for someone who’s not fazed by being called out for having odd-looking boobs (following her infamous plastic surgery) she really does sound angry.

What do y’all think?! Is she pretending not to care?