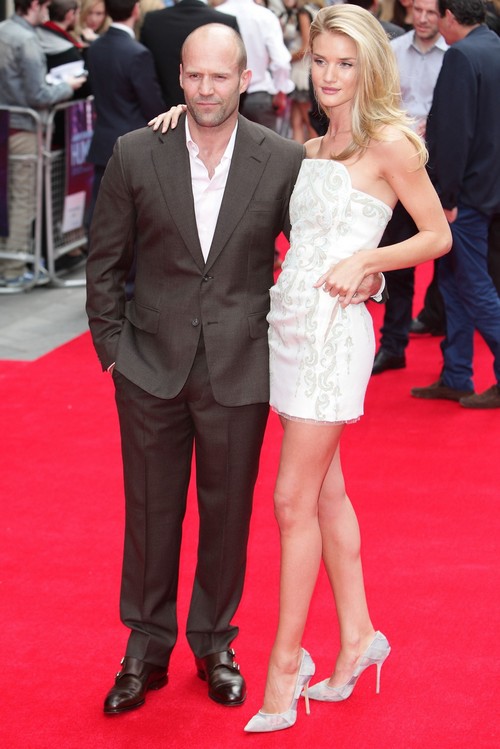 Do Jason Statham and Rosie Huntington-Whiteley make sense as a couple to you guys? They’ve always struck me as somewhat of an odd pairing, and the latest report about them reinforces that. Star Magazine claims that Jason is ‘partying too hard’, which is ‘endangering’ his relationship with Rosie.

A source reportedly close to the couple claims that Jason is often caught partying hard, with one eyewitness claiming that at a recent party, “Jason was having the time of his life. He was throwing back shots, surrounded by gorgeous women. He never mentioned Rosie.”

While I don’t doubt that seeing Jason party so much might be an issue for Rosie, he’s always been a party animal so I don’t know why it would be a surprise to her. Considering that she’s right now at the peak of her modeling career and is as busy as him, I don’t really think that Jason partying without Rosie is even cause for worry. However, this relationship definitely doesn’t seem like it’s one that will stand the test of time.What do you guys think? Do you think Jason’s partying is upsetting Rosie? Do you think she even cares about his partying? Let us know in the comments.