Jennifer Lopez and Casper Smart In Relationship Trouble – On The Verge of Breaking Up? 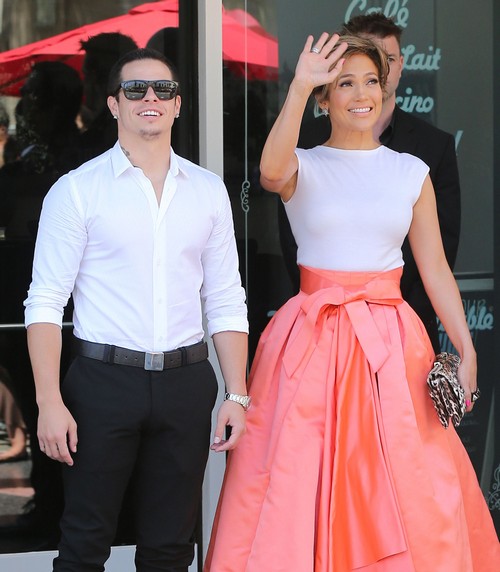 When it was first announced that Jennifer Lopez was dating Casper Smart, there were bets placed on how long Casper would last. Let’s face it – Jennifer is not really known for her long-term commitments, even though she seems to love getting engaged and married to practically every guy she meets.

But even for Jennifer, Caspet Smart is quite a downgrade. Maybe she knows this, and that’s why we haven’t heard of an engagement yet. In fact, rumors of a potential breakup have been growing louder and louder over the past few months.

A new report from In Touch Weekly claims that J. Lo and Casper are ‘on the rocks’, with a source adding that they have ‘hit a rough patch’ in their relationship. A source close to the couple adds that, ‘they are spending a lot more time apart’ than they used to, and everyone has been wondering if they are on the verge of breaking up.

What do you guys think? Could Jennifer Lopez finally have come to her senses and broken things off with Casper Smart? Or are they biding their time before announcing their engagement to the world? I really, really hope it’s not the latter. Let us know what you think in the comments.