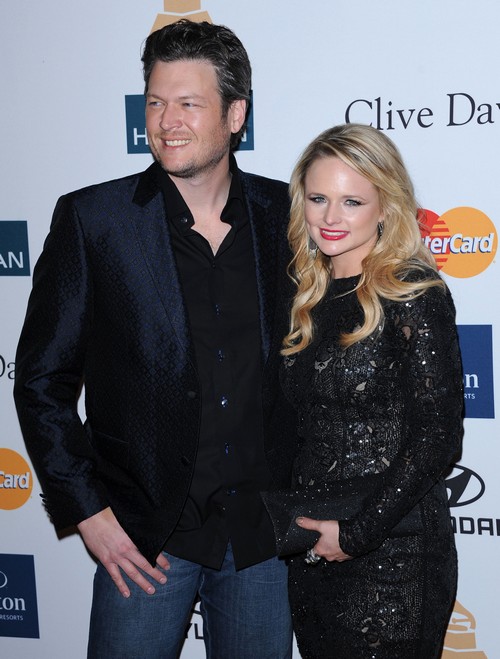 Every time we hear a new story about Miranda Lambert and Blake Shelton, it seems to be about their marriage falling apart. While they are all rumors and have not been substantiated by either Blake or Miranda, we always say that there’s no smoke without fire.

Right now, a new report from Star Magazine claims that Miranda and Blake have been ‘drinking their marriage away’. A source close to the couple reportedly told Star, “Though partying is something Miranda and Blake bond over, friends say it’s only served to amplify Miranda’s jealousy and Blake’s uncontrollable flirting — leading to a vicious cycle of drinking, fighting and drinking more as a means to cope.”

The source adds, “Alcohol is the root of 90 percent of their problems. Blake likes to provoke Miranda when he’s drunk — he talks constantly about other women he thinks are sexy.”

You know, I actually believe this. A lot of reports about Blake’s rumored infidelities seem to say that they always occur whenever Blake’s drunk. While I have no doubt that he has affection for Miranda and probably even loves her, he might be one of those celebrities who just can’t keep it in his pants whenever he gets drunk.

What do you guys think? Could alcohol be the root of the problems between Miranda and Blake? Let us know in the comments.