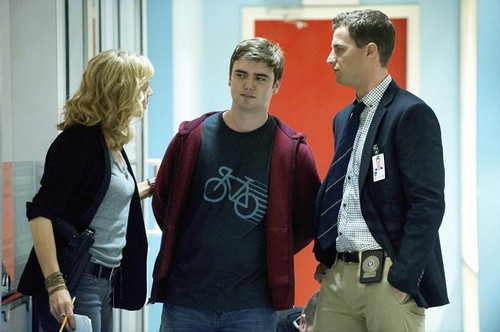 Motive returns to ABC tonight with an all new episode called, “Against All Odds.”   On last week’s show when a customs officer murdered a limo driver, Detectives Flynn and Vega searched for the killer and his motive, which led them to a femme fatale waitress at a dockside café – who had charmed the unsuspecting sap into stealing, lying and ultimately committing murder, all in the name of love.

On tonight’s episode a high-priced lawyer is discovered murdered in his home, and while Detectives Flynn and Vega work the case, Manny is arrested for vandalism.

The show airs tonight on ABC at 9 PM EST and we will be covering it with all the details.