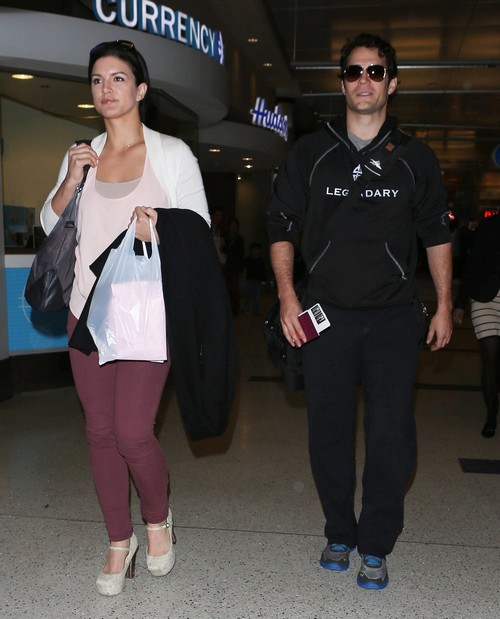 In Hollywood, it’s almost as if this is bound to happen when one half of the couple starts becoming more famous than the other half. One example of this is Andrew Garfield and Shannon Woodward – although they were both actors and both reasonably well known, Andrew and Shannon never lasted past him landing the role of Spider-Man, and eventually they broke up. Could the same thing be happening to Henry Cavill and Gina Carano?

I really hope not, largely because they make an adorable couple and it would be sad to see them break up. However, a new report from the Enquirer states that Henry and Gina are having trouble after Henry’s fame exploded due to the success of Man of Steel. A source explains, “Henry is really lapping up the fame and glory. He knew he would be getting some notice for ‘Man of Steel’ but his life is absolutely crazy right now. Gina is used to having Henry all to herself, and now she has to share him with the world. She really fears she’s going to be swept away by the rising tide of Henry’s career.”

There’s a bunch more about how Henry’s only focus is the Superman sequel and Fifty Shades of Grey, which I chose to ignore because I don’t think Henry would ever seriously think of taking that role. Anyway, so what does this mean for Henry and Gina in the future? Well, he’s back in LA and hasn’t been spotted with Gina yet, so either they’re broken up or she’s busy. What do you guys think?