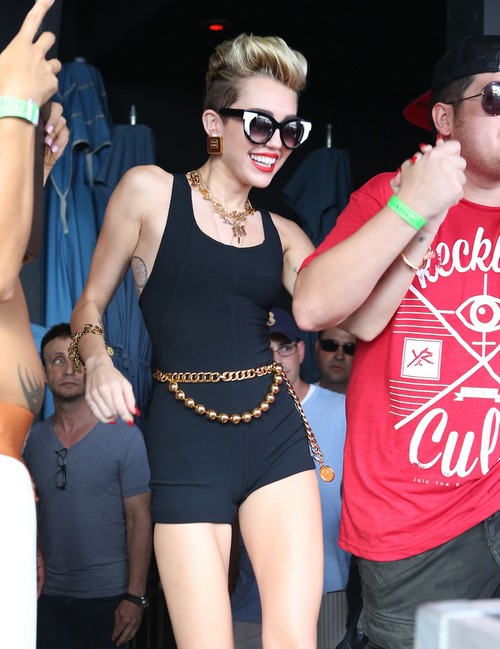 We all know Miley Cyrus smokes pot, right? She’s been pretty open about the fact, and at this point, no one really cares if celebrities smoke up. However, marijuana might not be her only vice. According to a new report from Star Magazine, Miley was actually caught snorting cocaine at last month’s Met Gala in NYC.

A supposed eyewitness told Star, “I went into the bathroom and saw four girls trying to squeeze into a stall. They door was open, so people could see. They were screaming and laughing and being so loud.  Miley put her finger over one nostril, bent down over the back of the toilet, and snorted a white powder off it. I watched her do it.”

The eyewitness added, “The door to her stall was wide open, and Miley was bent over the back of the toilet. I had a clear view because I was standing there waiting to go into a stall. It was so weird — she almost looked like she didn’t care that people saw her!”

You know what – I actually believe this. It’s becoming clearer and clearer that Miley’s just stopped caring what people think of her. Either that, or she thinks that her good girl gone bad image needed some shaking up. What do you guys think? Could it be the issues with her parents, her relationship problems with Liam, or something else entirely that’s causing Miley to turn to drugs? Let us know in the comments.