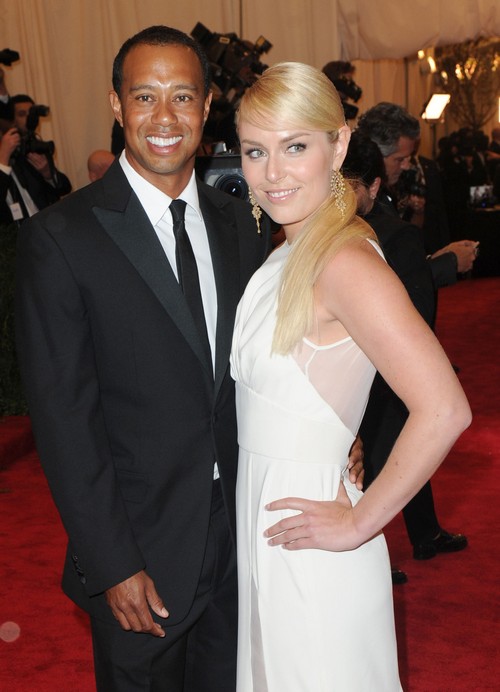 Lindsey Vonn might be a little more dysfunctional than I thought. I say this because just last week she made comments referring to Tiger Wood’s as her husband!  I guess since taking their relationship public last March Lindsey was feeling extra confident in her place in Tiger’s life, but boy did he knock her down a few pegs.

According to the July 8th print edition of National Enquirer Tiger lost his mind and flew into a complete rage. He told the champion skiier that if she is even thinking of herself as his wife then it’s time to pull the plug on the relationship! Tiger is afraid that Lindsey’s words coupled with photographs in the press will give his ex grounds to drag him back to court.

As it stands now, Elin Nordegren hates Lindsey and believes that the couple has tried to use the kids as a public way to repair Tiger’s tarnished image. It’s actually laid out in their joint custody agreement that Tiger is to keep the kids away from whomever he dates and that gives Elin grounds to go back for full custody. She believes that Lindsey is simply the trick of the week and that their relationship will crash and burn before the year is out.  She knows Tiger better than anyone and believes it’s impossible for him to remain faithful to anyone.

Should Elin head back to court in order to protect her kids from the chaos that Lindsey and Tiger’s relationship brings to their lives’? Tell us your thoughts in the comments below!