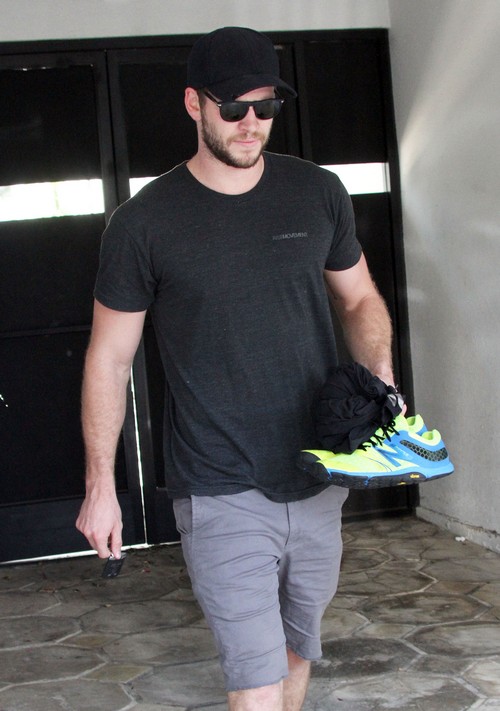 While Miley Cyrus is having the time of her life by twerking at concert shows and her music videos, her fiance Liam Hemsworth isn’t seeing eye to eye with her. The Hunger Games actor is said to be ashamed and livid that Miley has drastically changed her image to be more controversial with the media; he feels like the 20-year old really doesn’t care about how the people around her would feel with the decisions she makes.

If a man has to see his fiancee twerk at a rapper’s concert show, strip down in her videos and brag about how much she wants to make out with Rihanna, how is he supposed to go through with the whole wedding plans? Well, he isn’t. According to Hollywoodlife, Hemsworth and Miley have been arguing for weeks as he’s sick and tired of hearing her do something that’s going to have his family question him whether he really wants to spend the rest of his life with a girl like that.In Miley’s new music video for We Can’t Stop, Liam pretty much became the director for the shoot as he was the one who banned Cyrus from A LOT of raunchy things she had initially planned; the entire set had to be readjusted to Liam’s likings because the things that the former Disney starlet was suggesting was too inappropriate for Hemsworth to even lay his eyes on.

“She has made some adjustments because she wants to keep the peace. It might not look like it, but she toned down a lot of stuff in her ‘We Can’t Stop’ video. It’s a hard line to walk because she’s trying to be respectful to Liam but also be true to herself as an artist,” a source tells the gossip site, before stating that Miley is definitely trying to tone her image down a little, but she won’t shy away from the person he has become. She feels much more comfortable in the person she is today, and while she’ll always take Liam’s comments into consideration, he’s going to have to get used her raunchiness. It’s become a part of who she is.