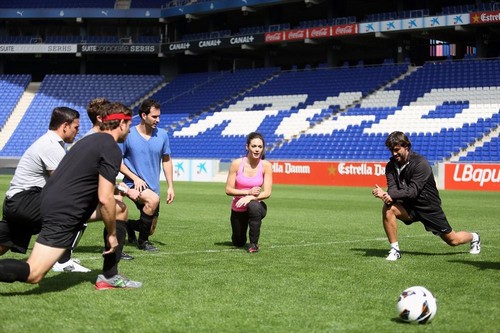 The Bachelorette Desiree Hartsock returns to ABC with another new episode.  On last week’s show Desiree had never traveled to Europe before, and the 11 remaining men hoped to make this first leg of the international tour to find love a special one, starting in Munich. Chris got to explore this culturally rich city with Desiree, but their romantic date came to a crashing halt when another man interrupted them with shocking news.

The Bachelorette took seven guys to the German Alps, where not only did they enjoy their majestic beauty, but yodel, sled and frolic like kids in the snow. The competition between James and front-runner Brooks turned ugly, while other bachelors made their play for Desiree.  By the end of the show only eight men remained to travel to the magnificent city of Barcelona.  Did you watch last week’s episode? We did and we recapped it for you.

On tonight’s show Desiree flies her eight remaining men to the cultural and romantic hotspot of Barcelona. Drew and Kasey, however, share the burden of a terrible secret concerning James, who they feel is not there for the “right reasons.” The guys are intent on making sure that Desiree learns the devastating truth about this man, but when will it be the right time to tell her? Meanwhile, Drew has his own romantic and emotional one-on-one date with the Bachelorette. The group date features a face-off between six pumped up bachelors and an all-female professional soccer team.

But buckle up – the after party features one the most visceral, ferocious fights in “Bachelorette” history. And when Desiree finally confronts James, she drops a bombshell. Zak helps to take Desiree’s mind off the drama with a revealing one-one-one date that ups the romance. But the tension is unbearable as the rose ceremony nears and no man feels safe. Who will survive to travel to the exotic island of Madeira?