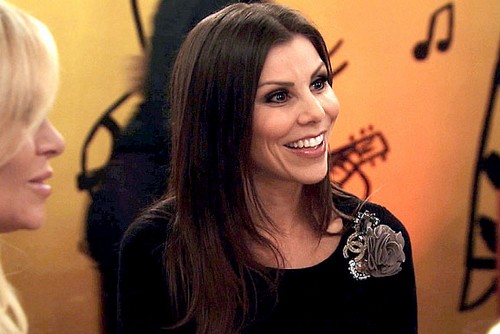 Tonight on Bravo our crazy housewives on the Real Housewives of Orange County continues with a new episode called, “Wedding Dress Stress.”  On last week’s show Sparks fly when Alexis and Heather finally came face-to-face to settle their differences. Briana and Ryan shared an emotional goodbye as he prepared for deployment. Lydia threw a sexy salsa dance party, but found herself in the middle of big drama when Slade threw a snarky comment her way.

Vicki was stunned by the arrival of an unexpected dance partner, while rumors swirled about her love life. Things got ugly when Gretchen threatened to back out of Tamra’s wedding dress shopping excursion when she found out Alexis will be there.  Did you watch last week’s episode? We did and we recapped it here for you HERE!

On tonight’s show Tamra is frustrated with the slow progress on her fitness studio, while Heather’s acting career speeds ahead as she lands another guest role on a popular sitcom. Tamra shops for a wedding dress with the whole gang, but her beautiful day turns ugly when Lauri drops a bomb on Vicki about who Brooks is spending time with. After dinner, Tamra and Heather question Gretchen’s honesty.