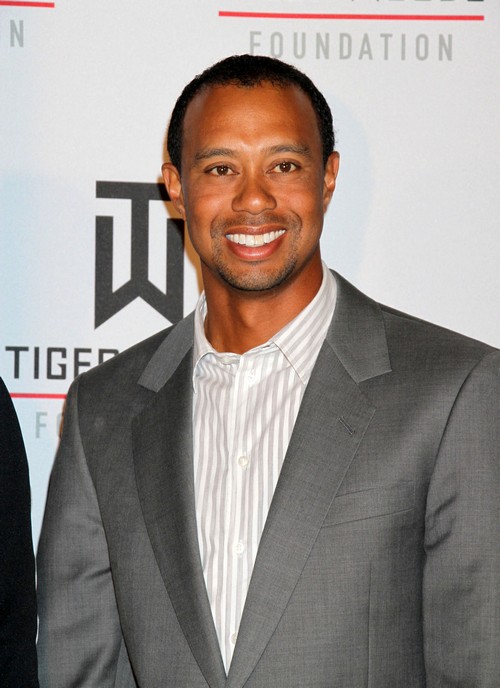 It must kind of suck to be the person in charge of Tiger Woods PR. Years after his multitude of indiscretions were made public the pro golfer still can’t seem to get a handle on how not to piss off his fans. Either he’s not the brightest bulb or he just doesn’t care and I’m leaning towards the latter.

According to the July 8th print edition of STAR magazine, Tiger was in Ardmore, PA a few weeks ago gearing up for the U.S. Open- a huge high stakes tournament. It was pouring out and there was still a bunch of kids that stayed to watch him practice. After standing in the rain for what seemed like an eternity, Tiger finally wrapped up his game and left!  He was well-aware of this group of kids being there and chose to ignore them instead of signing a few autographs! The little kids that thought they would have a moment to meet the man who inspires them were instead left in tears!

Tiger’s top opponents were also there and quite happy to stop and take the time to meet the most die hard of fans, the one willing to stand in a rainstorm to meet their idols! Of course that just made Tiger look even more egotistical and totally without reason. He may have been the best once upon a time ago, but he hasn’t won a major tournament in five years now. He did abysmal at the U.S. Open and I’m guessing some of his youngest fans might have considered that karma!

Do you think Tiger cares about the fans or what anyone really thinks? Will his reputation ever be salvaged in the court of public opinion? Tell us your thoughts in the comments below!