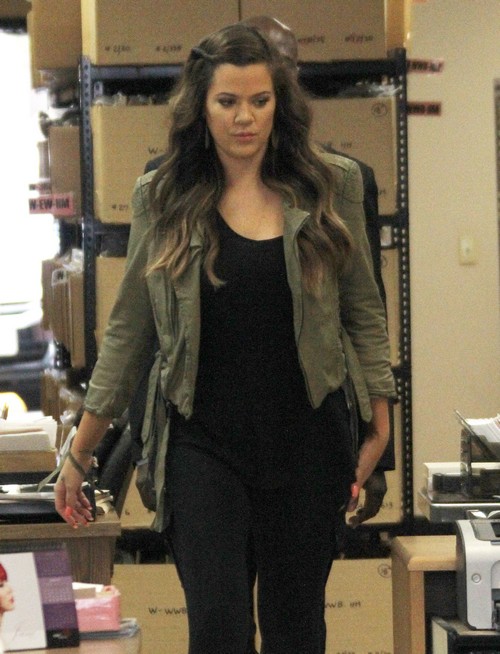 Khloe Kardashian has ended her fertility treatments in hopes that she can find a better plan to finally conceive and start a family with husband Lamar Odom. The youngest Kardashian sister of the bunch has been struggling to have a baby on her own for years, and though she had high hopes that fertility treatments would be the best move forward, it still hasn’t worked out for her.

And now that sister Kim Kardashian has given birth to her daughter North West, Khloe realized that she needed to try another method to conceive, because the fertility plans are clearly not working for her; she’s “physically and emotionally” exhausted by the fact that she’s not able to have a baby with Lamar.

The 29-year old has been told by doctors that there was another option she could potentially become pregnant, but this method was very different from the others. She was suggested by her doctor to have her body cleansed and get herself in shape because that could have a very big impact on her chances to become pregnant; once she has completed these steps she would then either try to conceive the natural way, and if that would not work, they would go back to fertility treatments where she’d have a 45% higher chance of finally conceiving.

A close friend to the reality star has explained to Life&Style: “People say you can get pregnant  when you’re not even thinking about it and when you’re healthy and in a good place, so she’s taking that advice and just going for it.” Along with her daily regime to do at least thirty minutes of training and workouts, Khloe has changed her eating habits too; banning herself from anything that carries too many calories and sugar.

Kardashian is taking the whole thing very seriously as she can no longer cope knowing she’s the only one who stil hasn’t got a baby of her own, especially since she’s been wanting a child before Kourtney and Kim had theirs. “Khloé has really changed her eating habits for the better. She rarely eats carbs and eats lots of protein like chicken and fish. She is really into smoothies from Earthbar, too.”

Whether this ends up working out for her, we’ll just have to wait and see — most likely on an episode of Keeping Up with the Kardashians, since that’s the platform they use to dish about all of their “exciting” lives. Ha.