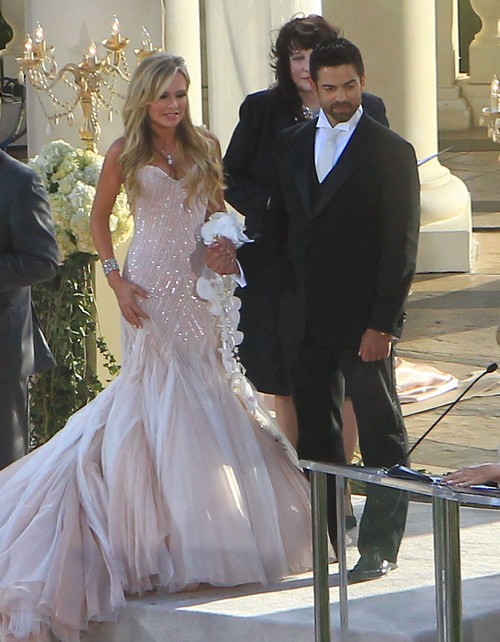 The Real Housewives of Orange County‘s Tamra Barney admits to having tried taking her own life TWICE! We’ve already learned on the show that she was suicidal 24 years ago, but the fact that it was a recurring thing where she almost ended her life the second time around was something that no one was aware of.

For the first time, Tamra opened up to In Touch about her troubled situation with suicidal thoughts and feeling depressed and down where it became so bad that she couldn’t even talk to anyone about it. After her first attempt on taking her own life, the divorce process from ex-husband Darren Vieth had started and that seemed to have triggered a thought in her mind that life was no longer worth living for.

Barney started mixing anidepressants pills with her parent’s medicine; she would take them along with shots of alcohol. It became an ongoing thing from there on — she’d get her hands on painkillers and swallow numerous amounts before drinking a BOTTLE of NyQuil with it to clear her mind and relief herself from the pain she was feeling at the time.

But, even she knew that continuing going down this road would eventually take her life, and that’s definitely not what she wanted. Though she felt hopeless, she had a son that she needed to take care of , and being selfish in that situation by ending her life because she wasn’t happy with how things were shaping out would have been a selfish move.

“Feeling stuck in that situation caused me to try and do it again. I didn’t know what to do. I thought, ‘Okay, this is it. I can’t do this again,'” she tells the magazine. “I had extremely bad intestinal problems because I was so unhappy.”  She eventually stopped taking medicine and painkillers to relief her depression, but that didn’t last long — she was back on the pills within a couple of weeks and stayed on them for another 10 years before she eventually gave up on it.

“We have a long line of people who struggled with depression in my family — my grandmother was schizophrenic, and it just kind of trickles down,” she said when asked if there was some kind of pattern in her family history of people who suffered from depression too.

Tamra vows she’s clean and has overcome her dark days.