Is Teresa Giudice A Fraud? 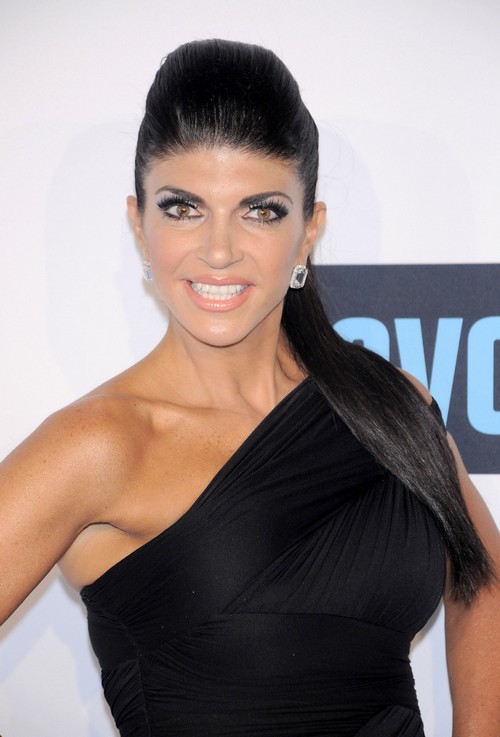 Is Teresa Giudice a fraud? According to a new report from RadarOnline, the famous reality starlet isn’t as interesting as she makes out to be on television; she has producers tell her what to say and when to say it whenever there’s conflict building up in tense situation.  So basically it is all scripted.

Teresa always just happens to be part of some kind of drama on The Real Housewives of New Jersey, and knowing that many reality shows these days are being scripted, we’re not doubting this for one second.  There are only so many fights she can start before it becomes suspicious as to why it’s always her that causes a big scene!

“Teresa is so fake! She is constantly asking producers what they want her to say. She gets fed lines. She’s always trying to figure out how they’re going to spin things so she says to them ‘tell me what you want me to say,” a source reports. The rest of Teresa’s cast mates are said to be naturals at what they do; they don’t ask for producers’s help, they simply go with the flow and let the cameras capture whatever the day holds for them.According to the source many cast members are pissed because they don’t see how Giudice can be part of RHONJ.  She is constantly running back and forth to execs to have them give her the best storylines that will cause friction between the women. They feel like it’s ridiculous and she needs to be booted off and find herself another job.

A source added: “Teresa wants to control how people perceive her so she tailors her comments to whatever she is told to say and it makes the other women on the show think that she is being fake all the time.” Andy Cohen recently explained that Teresa is much fiercer on the current season than ever before, which instantly has us thinking he was behind all the drama she caused on the program’s current run.

What do you make of it? Should producers give Teresa storylines and stir arguments and fights for no apparent reason, or should she just be axed from the show in general?!