Kim Kardashian To Join Pretty Wicked Moms – Will You Be Tuning In? 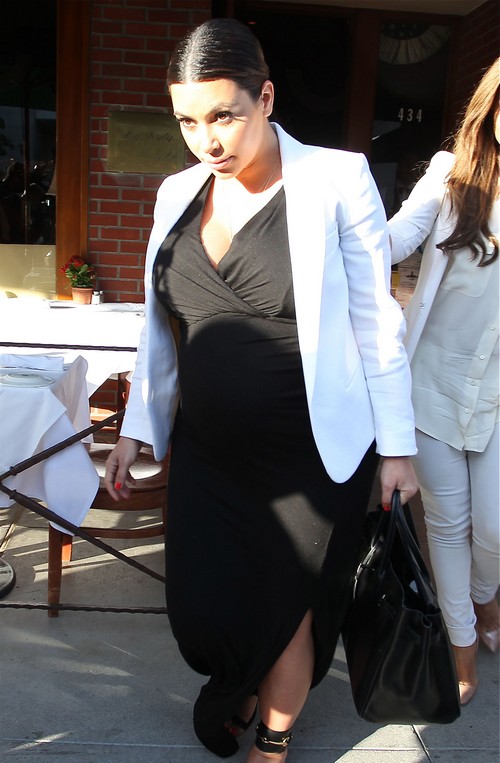 If Kim Kardashian wants more screen time on television, she should seriously consider a new offer she has just received which could see her join the cast of Lifetime’s new reality show, Pretty Wicked Moms, a bunch of competitive mothers who “break all bounds” of traditional motherhood.

The show is said to be perfect for Kim, a source explained. Knowing that the most famous Kardashian loves having all the attention on her, this new “unscripted” show would be the perfect time for her to show off all the parenting skills she’s learned since giving birth two weeks ago to baby North West.

Cast member Emily Dees Boulden has already said that Kim would be an absolutely natural on the show; she wouldn’t have to try and be someone she’s not because all of the moms on the program are alike. Each mother thinks they’re better than the other and with Kim’s famewhoring reputation, we’d say that her joining the cast would be an absolute perfect fit for her.“I think Kim would be fabulous on our show. I think she would fit right in with us. And she wouldn’t lose her identity. I would be her wingman for sure,” she tells gossipdavid.com. “I definitely think it would rub some of the girls the wrong way,” co-star Nicole Clemons Noles then added, showing signs that she and a couple of other women wouldn’t approve of Kim joining the show.

The offer comes just days after Kanye West and Kim told Kris Jenner that her plans on having their child as an exclusive for her forthcoming talk-show was not going to happen; Kanye didn’t like the idea and Kim pretty much agreed with him.  So we are betting Kim will turn it down since Kanye hates reality television.  What say you Hiccupers, would you tune in if Kim was on Pretty Wicked Moms?  Hit the comments and let us know your thought!

If you have never seen the show you can catch a recap of the last episode. [RECAP HERE]