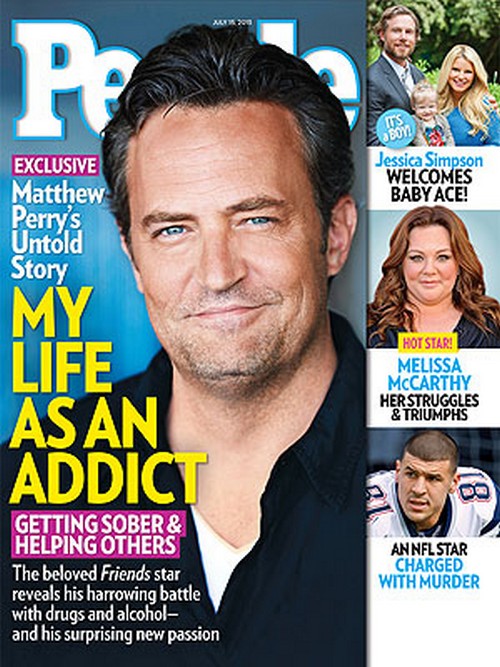 You would think that the cast of the hit sitcom Friends would have been enjoying the heyday of their fame and fortune, right? Well, things weren’t going so well for Matthew Perry at the time. Despite his massive success with the show, Matthew’s struggle with drugs and alcohol during his time on Friends was well documented.

In a new interview with People Magazine, Matthew opens up about those days, explaining that despite ‘the white-hot flame of fame’, he was incredibly ‘lonely’. He adds that he would often be ‘painfully hung over’ during filming for the show, and eventually people found out because it was affecting his behavior on set.

Matthew explained that he would usually, “come home, light some candles, have a drink, watch a movie that was slightly over my head and label myself something ridiculous like a misunderstood artist.” While he claims that he didn’t ‘party’ that much, he says that most of his issues stemmed from being incredibly ‘narcissistic’, and he couldn’t hide the fact anymore.

Thankfully, Matthew was able to get the help he needed, but it’s very sad to think about all the stars in similar situations who are not able to realize what’s going wrong in their life.