Sandra Bullock Having An Affair With Married Bodyguard Peter Weireter? 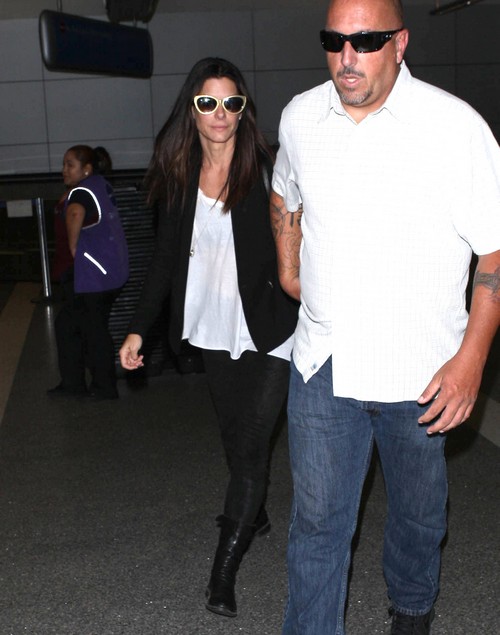 Sandra Bullock is one actress who keeps her personal life notoriously private. After being burned by Jesse James several years back, you can’t really blame her. But could it be that Sandy B, America’s Sweetheart, is having an affair with her married bodyguard, Peter Weireter?

According to a new report from the National Enquirer, Sandra has been developing real feelings for Peter despite the fact that he’s married. Apparently, Sandra’s son Louis refers to Peter as ‘Daddy’ sometimes and all three of them have gotten extremely close. And this wouldn’t be the first time a Hollywood star has hooked up with her bodyguard – remember happened with Heidi Klum and her bodyguard?

However, the catch here is that Peter is married and his wife has no idea. Since Sandra has been cheated on before, will she think twice before homewrecking another marriage? I’d like to think that Sandra wouldn’t ever do something like this, but you can never really know with Hollywood actresses. Even the nicest ones sometimes have a not so nice streak in them.

What do you guys think? Is this story true? Could Sandra Bullock really be having an affair with her married bodyguard? Let us know what you think in the comments.