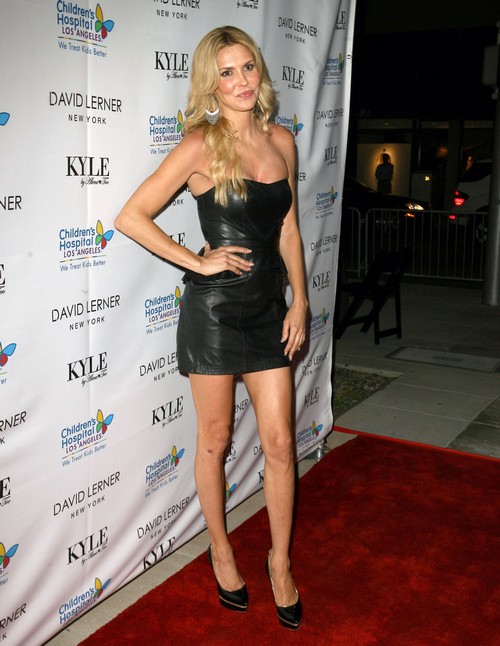 Divorcing Eddie Cibrian might be the best thing that could have ever happened to Brandi Glanville.  While they were together she was simply arm candy and his wife, no one really knew much about Brandi. Once his affair with LeAnn Rimes became public Brandi had garnered a bunch of public support.  Bravo’s producers were smart enough to see that Brandi’s personality belonged on-camera and from that point on her star power has continued to rise.

According to the July 15th print edition of GLOBE Brandi is on television and has had a best selling book with killer sales. She is absolutely thriving and LeAnn’s career has gone from stalled to an abrupt halt. She recently released an album that sold less than 11,000 copies the first week. In other words, Spitfire completely bombed on the Billboard charts while Brandi continues to thrive.

LeAnn may have gotten the guy but her career is in the toilet and so is Eddie’s. Years after first hooking up while married to other people, the public still hasn’t forgiven their missteps and it shows in the lack of work.

Have you followed the feud between Brandi and LeAnn over the last few years? What is it that you think makes LeAnn so completely dislikable?  If you think back to before Eddie, LeAnn had a multitude of fans and a solid music career. Why do you her career seems so far beyond repair?  Do you see her ever making a step that would repair her image and make her even slightly more likable? Tell us your thoughts in the comments below!