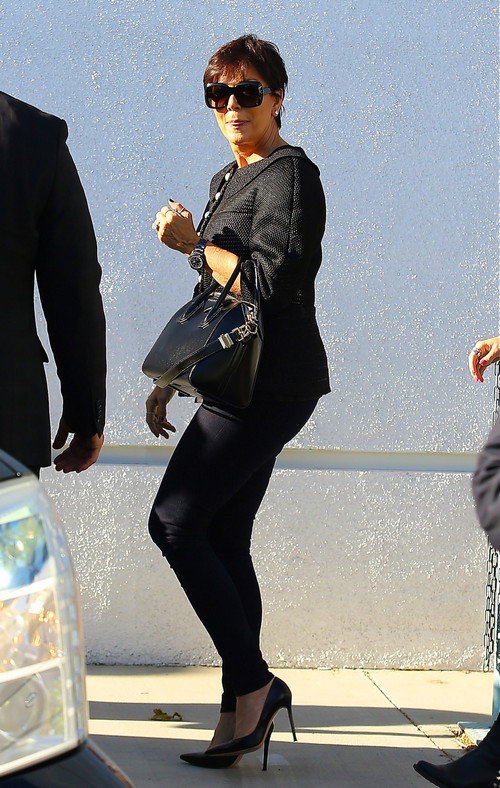 Kris Jenner likes to think that she is one of the most powerful women in Hollywood but the truth of the matter is that she’s actually pretty hated. Her talk show debuts on July 15th but her guest list is still pretty empty!  As expected, Kris’ diva antics have sabotaged production and kept workers from focusing on the things that matter most.

According to the July 15th print edition of STAR Kris begged Kanye West to be her very first guest and the baby daddy/rapper absolutely refused. He has long maintained that he wants to be no part of the Kardashian publicity machine and Kris’ begging is never in a million years make him change his mind about that.

Ironically, Bruce Jenner has been banned from the set of Kris’ show because they bicker nonstop. He is considered a horrible distraction so while Kris is kissing Kanye’s ass with no results, she won’t allow her husband through the front door.

Those close to the production say that Kris’ show is doomed from the start. Kris has over estimated her own star power and now she’s beginning to really worry. She believed that Kanye would kick off her show with a bang and his appearance would sway other stars to do the show. Instead things are crumbling for Kris as the clock keeps ticking.

Will you be tuning in to watch Kris’ show when it debuts?  Do you think she’ll eventually find her groove and things will be okay or is this going to be a one-season gig for Kris that ultimately fails miserable? Tell us your thoughts in the comments below!