Justin Bieber Calls Selena Gomez A Heartbreaker, Puts Up Picture of Them Together (PHOTO) 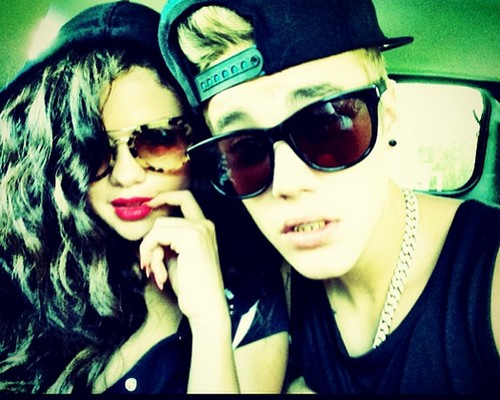 What on earth is going on with Justin Bieber and Selena Gomez? Last we heard, she had dumped him for Ed Sheeran after her good friend Taylor Swift set them up. And we also heard that Justin was possible dating [or hooking up with] Vegas waitress Jordan Ozuna. However, we now find out that Justin and Selena might have spent the July 4th weekend together, especially after Justin posted a picture of them together with the caption ‘Heartbreaker’.

Well, at least Justin’s not delusional about it. He knows Selena is just using him, and his new single’s called heartbreaker. Hmm, I wonder who it will be about.

Either way, it’s pretty obvious that he’s not over her and from the looks of things, she also doesn’t seem to be over him. Why else would she keep going back to him? It’s like she can’t help herself, even though her friends and everyone close to her probably advises against it.

What do you guys think of Justin Bieber and Selena Gomez possibly back together? Do you think Justin is just promoting his new single by posting ‘Heartbreaker’ as a caption for the picture, or is he referring to his relationship status with Selena? Let us know in the comments.