Angelina Jolie and Brad Pitt Feuding Over Thier Children Acting 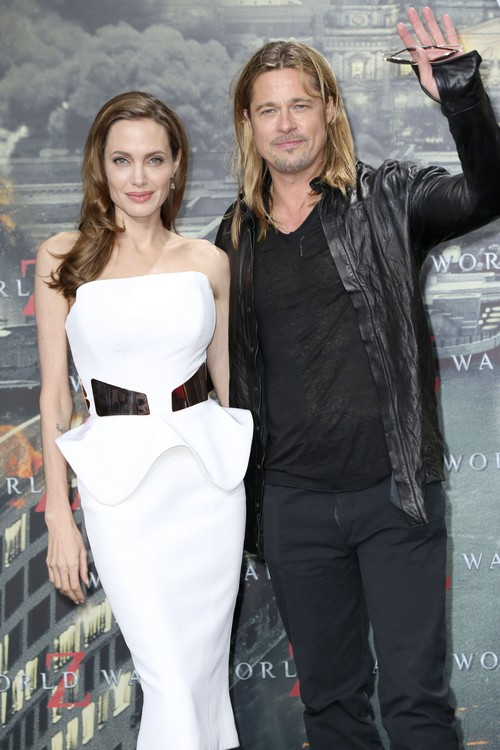 Angelina Jolie and Brad Pitt are feuding over Brad’s choice of having their children take on more film roles. Pitt had his younger son Maddox play a small role in the movie World War Z earlier this year, and that alone pissed off Angelina so much that she made it clear this would be the only exception she would make.

However, now that more offers are pouring in for Maddox, Angelina is at odds with Brad who thinks it’s a great idea to have their children follow their footsteps and becoming Hollywood stars. We can definitely see why Angie would be angry; her son is only eleven years old — she would prefer to have him focus on education before pursuing a career at such a young age.

“Brad Pitt and Angelina Jolie may have the most photographed kids in the world, but the actress doesn’t want her offspring in front of the camera on purpose — and she’s putting her foot down,” Star magazine reports in their latest issue before continuing that Maddox will not take part in anymore movies unless Angelina is satisfied, which doesn’t seem to be what Brad has in mind.Brad doesn’t necessarily think that their children need to work their butts off on movie sets, but if they are intrigued to play a role or be part of a film that interests them, he’s not going to tell them no. “Brad is laid-back and thinks the kids should follow their bliss. Angie used to feel the same but had a change of heart after her [double mastectomy] surgery.” Umm… what does Jolie’s mastectomy have to do with anything?!

The report ended by Star claiming that Angelina is having her children attend the best schools in hopes that they can one day have jobs that she thinks are best for them,- she’d be more happy to see her kids become “doctors or politicians” than follow their mother’s career paths.