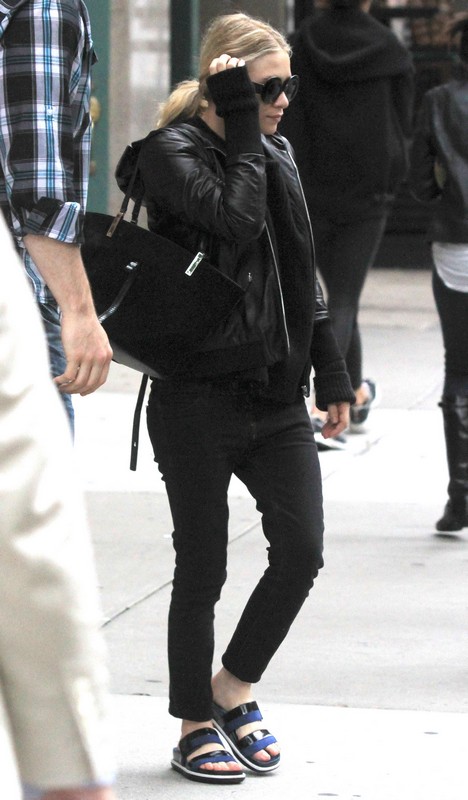 Mary Kate Olsen is one of those celebs that always seems to be two steps away from another rehab stint. The former child star first sought help for an eating disorder back in 2004 and since then there have been rumblings of drug abuse. When Heath Ledger overdosed in 2008 she was his girlfriend and many wondered if she was as hooked on pills as he was at that time.

In between battling her demons, Mary Kate has launched an extremely promising high-end label, The Row and was thought to be the next big fixture in the fashion industry. Last year The Row took top honors at the CFDA Awards but when they rolled around this year Mary Kate’s label wasn’t even nominated for anything.

According to the July 15th print edition of Star magazine, friends believe that Mary Kate’s boyfriend, Olivier Sarkozy is a horrible influence on her. The two have been dating for a year now and the much-older Sarkozy loves his booze and drugs. Mary Kate is rumored to be working hard to keep up with her beau and it is costing her business. Not only is her label turning into a disappointment but she rarely even bothers to show up for meetings! Mary Kate’s twin sister Ashley Olsen has been keeping her distance because she can’t stand Sarkozy.

One thing is pretty clear, Mary Kate may think that she has found love with Sarkozy but it’s definitely costing her other important parts of her life. Not too long ago she was super focused on building her own fashion empire. Now if she bothers to show up for work sources say she looks like a zombie.

Do you think that Mary Kate is battling addiction issues again herself or is she just enabling Sarkozy? Tell us your thoughts in the comments below!