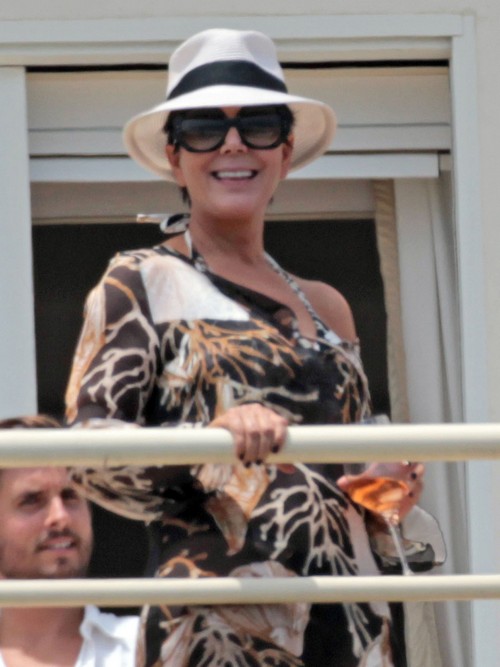 It’s been three weeks and we still haven’t seen Kim Kardashian’s daughter North West, which has been slowly starting to drive Kim’s mother Kris Jenner nuts, according to a new report.  Rumor has it that Kanye did not want to sell photos of his daughter, however, Kris has supposedly convinced Kanye West that selling the pictures to a magazine would be the most appropriate way of handling things.

The paparazzi in Los Angeles can be very agressive, the photographers won’t stop at anything to get their shot. So if Kim and Kanye continue hiding her baby, the paps will eventually find a way to get a snap of the newborn girl.   So instead of that happening, Kris Jennerr has allegedly convinced Kanye that it’s better to just sell the exclusive photos to a magazine.Offers are currently at $3.5-4 million dollars, which is a lot of money, but neither Kim nor Kanye are looking to profit from it.   Kim has told her mom that if she was to sign the deal with a magazine, the money must be donated to charity.  Kim feels that Kanye will be happier if the money goes to a charity that the couple both care about.

Kris’ new talk show is debuting later this month on FOX, so far there are no plans for North West to appear.  We’ll just have to see what Kanye and Kim decide to do,  we’d prefer for them to just do it through a magazine deal and get it over with.  We are dying to see little North West.