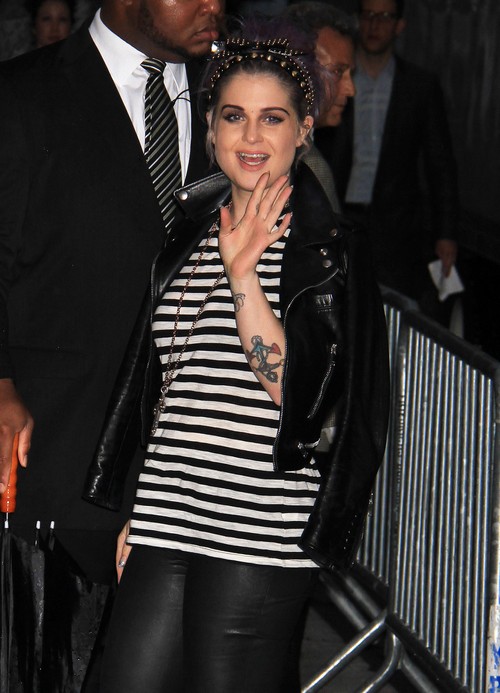 I have to admit, I love seeing other celebs take shots at Taylor Swift. I hate when she turns on the fake humble pie routine and apparently, so does Kelly Osbourne. The Fashion Police Star has never been one to hold back about much of anything and this time around she is taking aim at Taylor Swift. According to the July 15th print edition of Star magazine Kelly is sick to death of Taylor’s fakeness. She especially hates how the songbird takes the stage in front of 20,000 fans and acts shocked that they’ve actually come to see her.

Kelly can’t understand why Taylor gets pegged as a total sweetheart when her behavior makes her seem not so innocent at all. Taylor hasn’t been connected to any guy really in about 6 months know but she is well known for dating Hollywood guys, getting super clingy and then slamming them in song when they run like hell from her. She gets all hot and heavy way too fast and is somehow still considered innocent. Go figure.

That’s pretty much Kelly’s bone of contention too. She believes Taylor is about as disingenuous as they come and finds it baffling that middle America doesn’t see it. Do you think that Kelly has a point here or are you a diehard fan of Taylor’s? If Taylor was simply the girl down the block, wouldn’t she be dubbed as a total whore?  Why do you think Taylor continues to be promoted as the girl-next-door when she clearly is a whole lot more experienced than that? Tell us your thoughts in the comments below!