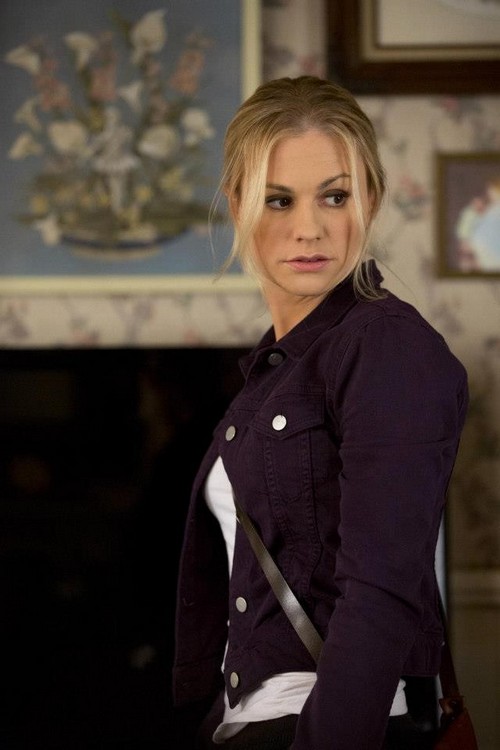 Good news Trubies tonight on HBO another new episode of True Blood airs!   On last week’s episode pissed off over Burrell’s blatant aggression towards vampires, Eric took matters into his own hands and kidnaped his daughter, Willa. After dangerously testing the limits of his powers, Bill enlisted a TruBlood innovator to synthesize a new type of blood – but had difficulty finding the right donor.

Sookie flat out refused.  Sookie began to learn why Warlow was after her. Sam received unexpected help from Nicole and her Vampire Unity Society (V.U.S.) associates.  Steve Newlin found his past ideals turning into a current nightmare.  We also saw the return of his ex-wife Sarah.  Did you watch last week’s fabulous episode?  If you missed it we did a review of the episode HERE.  So head over there and you can get caught up before tonight’s episode airs.

On tonight’s episode Sookie confronts her growing attraction to the mysterious Ben Flynn who is 1/2 fae. Eric  counters Burrell’s brutal anti-vampire initiatives by hitting his nemesis where it hurts the most. Growing up all too quickly, Andy’s faerie daughters end up keeping dangerous company.  Bill has his eye on them for their blood.  Sam and Nicole make a connection. Bill tasks Takahashi to synthesize a new kind of blood.