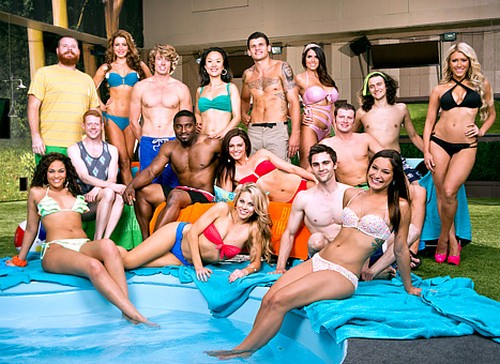 CBS knows how to be controversial and it was no different with Sunday’s airing of Big Brother. As we previously reported, Big Brother had decided to carefully edit the scene in which two housemates, Aaryn Gries and GinaMarie Zimmerman, were making serious racist remarks towards other members in the house.

The Big Brother contestant comments were so offensive that even the producers of the show couldn’t tolerate that kind of behavior. “I’m gonna punch her in the face, I think it’ll maybe make her eyes straight” and “Like shut up, go make some rice” were some of the things that were said while cameras were clearly filming.

The scenes were initially edited out due to the uproar it caused,  it first aired during a live stream which caused an outcry from fans.  When the actual episode aired, execs chose to remove the racial slur-filled content to avoid more controversey. However, the network then changed their mind and made a last-minute decision to show the footage on a follow-up episode (Sunday).  We are betting this was done  intentionally for the ratings, don’t you think?Fellow housemate Howard Overby told the girls who made the nasty comments that what they had said were things that you can’t apologize for, and that’s where the scene then continued. Gries can then be seen in another shot as she mocks nail salon workers and Asian people before making another racist remark about dark-skinned housemate Candice Stewart, by saying: “…be careful what you say in the dark because you might not be able to see the b—-.”

All three contestants have reportedly lost their jobs for their disgusting use of language. CBS has stated that the reason they felt the need to show the footage was because a lot of questions were being raised on how the remarks came about. So, instead of releasing a long statement, producers decided to just air the scene instead.

Did you watch last night’s episode and what did you make of it?! Did the producers go too far by showing something so sickening on television or was it a good move?