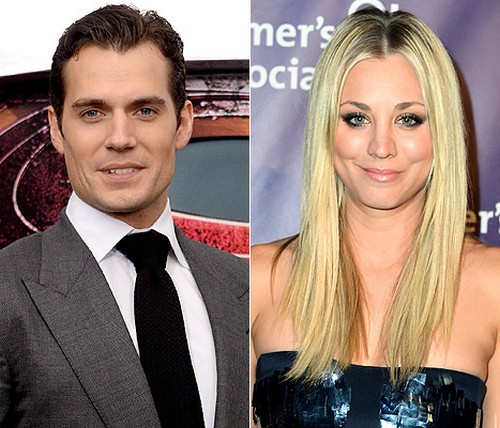 Kaley Cuoco and Henry Cavill are still going strong, according to reports. It’s only been a week since the duo made their public debut holding hands outside of a grocery store, and since then there have been a lot of rumors flying around about the legitimacy of their relationship.

But it definitely seems like Henry and Kaley have learned their lesson – or at least, their publicists have. Although they’ve not been seen out together since the grocery store, Kaley has been papped continually for the past few days, and she’s almost always picking up coffee for two.

Henry is also rumored to be flying out in September for The Man From U.N.C.L.E. so they’re likely getting in as much time together as possible before he jets off to London for filming. That being said, how long will this relationship last? Although many people are assuming it’s a PR romance, Kaley does look an awful lot like Henry’s ex-girlfriend Ellen Whitaker, and he obviously has a type. Either way, they’re no longer getting papped together – which is both a good and bad thing for their fans.

What do you guys think about Kaley and Henry together? Do you find them a PR romance, or genuine? Let us know in the comments.