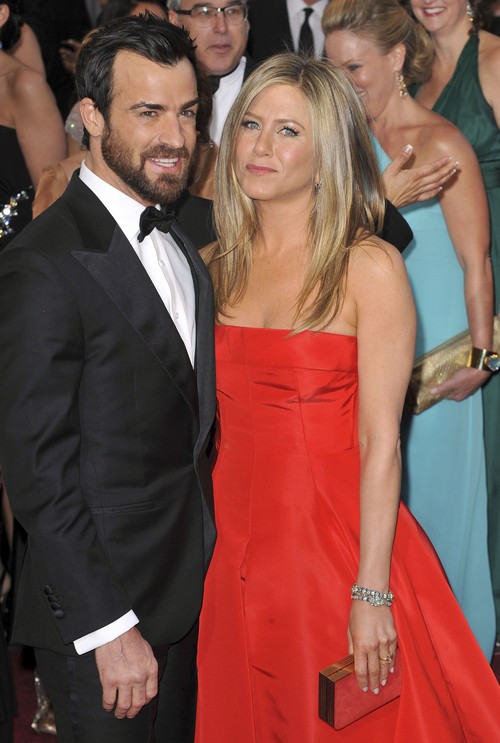 Justin Theroux and Jennifer Aniston recently stepped out together in public to battle all the breakup rumors that have been surfacing in the tabloids. It’s a typical PR move to shut down the circulating rumors, but are Jennifer and Justin really back together?

According to US Weekly, the couple is still ‘together’, but Justin was the one who called off the engagement. Sources explains, “Justin got weirded out by all the rushing. Nothing has happened on that front in a month… She has been cranky from this stress… Justin’s never seen her like this.”

So basically, Jennifer was ‘stressed’ out from…something, and Justin didn’t want to rush into the wedding. What do you guys think? It certainly seems like Jennifer is a lot more interested in this engagement than Justin, especially if he’s the one who keeps pulling the plug on it. There’s certainly something fishy going on here, but we might not know what’s really going on until one or both of them pulls the plug on the relationship.