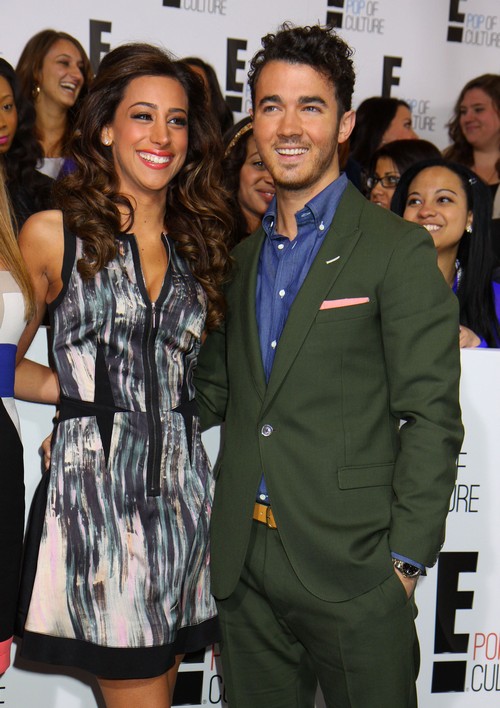 Kevin Jonas and Danielle Jonas are expecting their first child after several years of being married. Kevin marks the first of the Jonas brothers to both get married and have children, unless it’s revealed that Joe or Nick secretly fathered a child [crazier things have happened].

Kevin confirmed with E! News, “I was overjoyed. It’s been the most exciting thing in my life so far. I’m excited and I’m nervous.”

Kevin and Danielle were married to each other in 2009, and have their own reality show on E! called ‘Married to Jonas’. Although the popularity of the Jonas Brothers has dropped a lot in the past few years, the reality show still manages to bring in solid ratings. That being said, the brothers have mentioned in recent interviews that they are concentrating on a come-back album, and they could very well make a return to their previous level of popularity within the next few years.

What do you guys think about Kevin and Danielle’s news? Since both Kevin and Danielle have often talked about wanting to have babies on their show, this must have been great news for them. Let us know your thoughts in the comments.