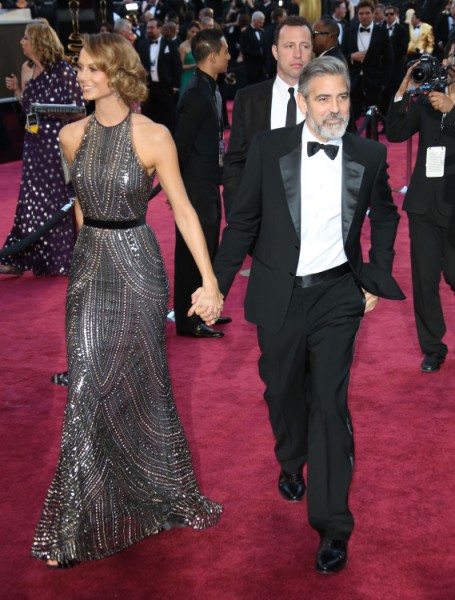 When it was first announced that Stacy Keibler and George Clooney were breaking up, most of the reports concentrated on the fact that Stacy was the one who pulled the plug because George didn’t want to have children and she did.

However, it looks like George’s team is now doing damage control because new reports state that there was no ‘dumping’ and the breakup was ‘mutual’.

A source tells US Weekly, “Stacy and George have been having ongoing discussions in the last few weeks. It wasn’t a one-sided decision. No one got dumped. They both discussed it and realized it was better that they split.”

The source also adds that the major issue between the couple was, “they haven’t been in the same country for a long time. They are both working and haven’t seen each other. You can’t have a relationship with someone that you don’t see. They know this is for the best.”

What do you guys think? Stacy did last longer than most of George’s ex-girlfriends, who he usually dumped after one year. Why did she last longer, and what is the real reason for the breakup? Let us know what you think in the comments.