Jef Holm To Be The Next Bachelor? 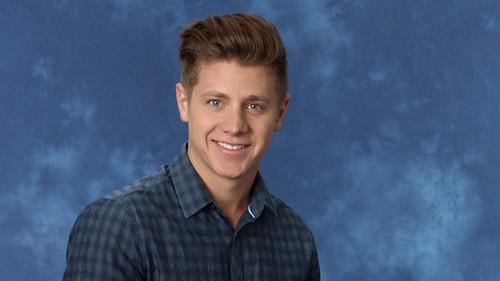 Jef Holm is in final talks with the ABC network before inking his deal to become the next Bachelor on the forthcoming season, according to reports. According to sources, once his relationship to his Bachelorette fiancee Emily Maynard fizzled out and the two split, Jef has been trying to get a new shot at love… on reality television, of course.

An insider shares that Jef loves the fame that comes with being on television, but his genuine side also wants him to find a woman that he can settle down, marry and have children with in the near future.  He feels that the only way he can achieve this goal is if he’s able to go through the Bachelor competition again, but this time he’ll be the one looking for the woman as opposed to the woman looking for a future hubby.

Here’s what Life & Style’s sources told them: “Jef has been in talks with ABC about being. He loves fame, so it’s no surprise he’d be open to the opportunity. He also really knows how to turn on the charm!” People that are usually hooked on being famous and having their private life dished to the public are usually the ones that never have a stable relationship.  This is because they share a bigger relationship with fame than their other half, so we can’t wait to see how this will be played out.ABC are very likely to give Jef what he wants, another shot at love, of course. But the source adds that the only reason producers will have him back is because he caused a lot of drama on the show, and this is exactly what they need to keep viewers interested. Besides, his relationship with Emily was one of viewers’ favorite romances in a long time, the source continued.

“Viewers remember him and were really invested in his relationship with Emily. She would not be happy about him getting this second shot and it could make for good drama.” So, we’re assuming an announcement will follow very shortly then, right? Ugh, we’re not really looking forward on seeing Jef again, but he does make good television.

Calvin898 posts38 comments
You might also likeMore from author
The Bachelor