George Clooney Dumped Stacy Keibler By Phone, Told Her To Move Out Of His House 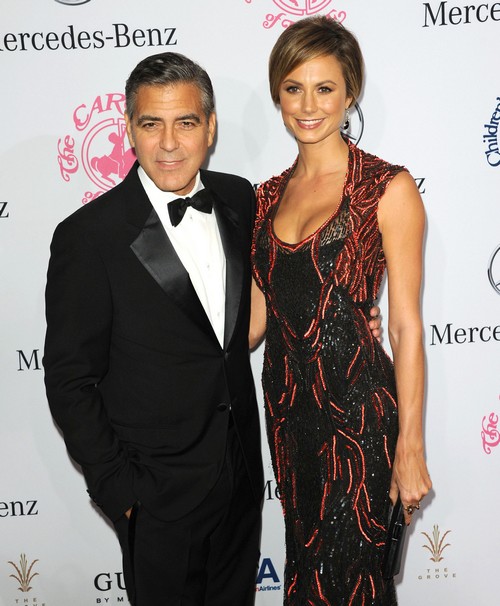 This sounds more like the George Clooney we know. The past few days, we’ve been hit with a barrage of PR reports about how George and Stacy Keibler had a ‘mutual’ breakup, and how it was because they weren’t spending time together, etc.

Well, Page Six has now released details about how the breakup actually went down. Their sources explain that George told Stacy to move out of his home three weeks ago by phone – basically, he dumped her from across the world.

Page Six’s report states, “While Keibler’s clueless publicist strongly denied this to us at the time, we’re told that the actor, who’s currently filming in Europe, asked Keibler to start moving her things out of his house last month. While some outlets reported Keibler decided to end things, our source tells us the opposite. But their relationship has worked well for Keibler, who has raked in an estimated $10 million in promotional fees, according to reports.”

Damn, 10 million dollars. Well, being George Clooney’s girlfriend – even if it’s only for a maximum of two years – does come with its perks. What do you guys think about this story? Doesn’t it seem more accurate than the other reports about the breakup? Let us know your thoughts in the comments.

It actually looks like Stacy may be starting to milk the relationship for everything she can, check out what The Gossip Wrap has to say on the matter [CLICK HERE]