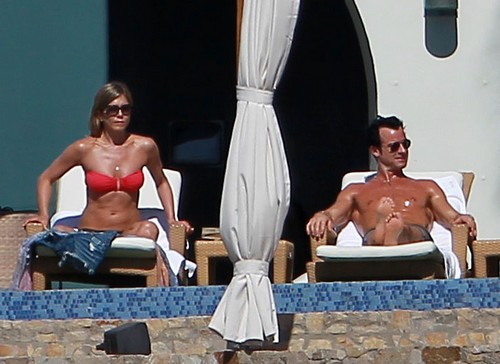 So has Jennifer Aniston finally forced Justin Theroux to cave to her wishes? According to a new report from the Daily Mail, the majority of their disagreement over the wedding stemmed from where and when it should be held. But obviously, Jennifer won in the end.

A source explains, “Jen and Justin have gone back and forth on where to marry and whether to have a destination wedding so many times. Jen has always made it clear LA was her first choice and Justin has compromised and agreed to marry in California. Justin’s reservations with LA are well known and he wanted to marry on the East Coast where his friends and much of his family is based, where he proposed to Jen and where he feels most comfortable.”

According to the report, they hope to be married ‘by the end of the year’ now that they’ve put their differences behind them. Call me cynical, but how is Justin caving into every single one of Jennifer’s wishes a recipe for a happy marriage?

Heck, what do I know. Maybe Jennifer and Justin really are happy together, and maybe they’ll last for years to come. Maybe they’ll have a fantastic wedding in LA with all of their friends and family, and maybe they’ll be happy living in a renovated Bel Air mansion. Let us know what you think in the comments.