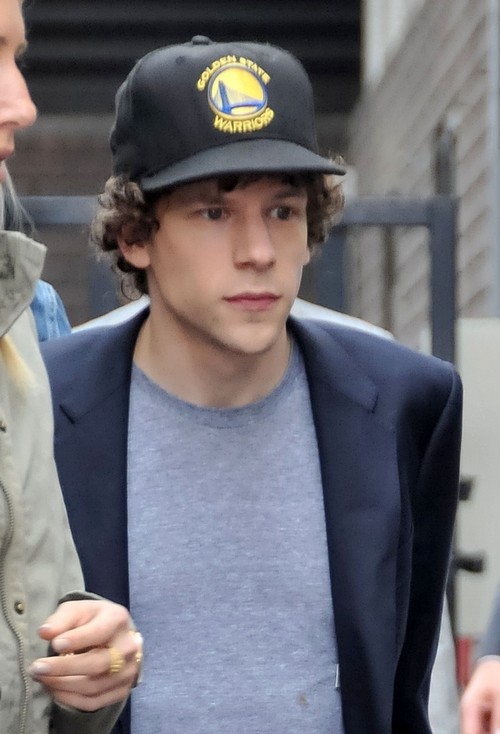 What an interesting couple. People has managed to get the exclusive photo of Jesse Eisenberg and Mia Wasikowska kissing, confirming that they are, indeed, dating. Jesse and Mia are both very private about their personal life, to the extent of not discussing it at all with the media, which is why this is so unusual.

There’s also the fact that Jesse was linked to an actress called Anna Strout for several years, and they were said to be engaged. Of course, things happen and it’s obvious that they’re not together anymore, although the timeline remains unclear.

Jesse and Mia supposedly met while they were filming ‘The Double’, which is a comedy about a ‘man who is driven insane by the appearance of his doppelganger’.

What do you guys think of Jesse and Mia dating? Neither of them are very famous, despite being critically acclaimed, in-demand actors. Jesse has been nominated for an Oscar once with ‘The Social Network’ and was most recently seen in ‘Now You See Me’, whereas Mia is still best known for appearing as the titular character in her breakout role in ‘Alice in Wonderland’. Jesse has previously raved about Mia while working with her on ‘The Double’, and it’s clear that their relationship evolved from working together.