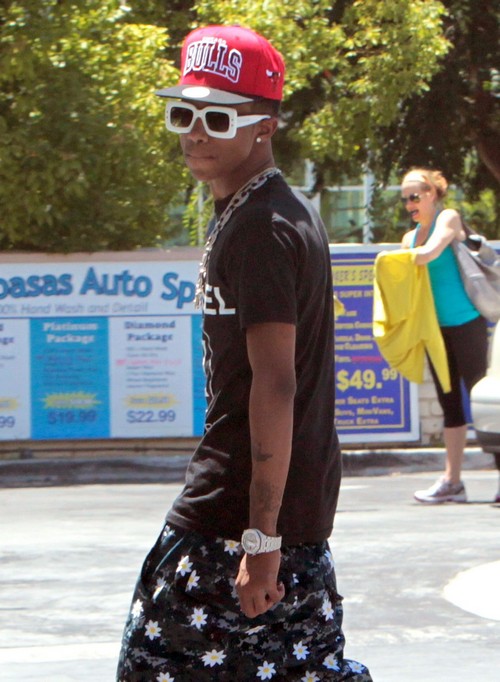 Well, this is one of those arrests that was pretty inevitable! I’m talking about Justin Bieber‘s best pal, Lil Twist, of course. Christopher Lynn Moore (AKA twist) was booked for a DUI after being pulled over on the Parkway Calabasas at about 3:30 this morning.  I’m sure this little nugget will come as a shock to no one familiar with Twist in recent months. He and Biebs have been pushing the envelope speeding through their gated Calabasas community, partying hard until fights break out and of course there’s the fact that Twist’s blunt rolling skills are already legendary.

This dude was bound to get busted for something sooner rather than later. He and Justin have been running around like they are both bullet proof for months, with no regard for laws or common courtesy. Twist has also been spotted out with Kylie Jenner an awful lot in recent days. Kris Jenner’s head must be spinning, between Kylie’s underage pal being busted and Khloe Kardashian’s husband having a violent outburst yesterday in LA, she’s doing major damage control and no doubt laying down the law for her family!Will Twist weasel out of the DUI and do you think that this arrest will make him think twice about some of the things that he has been doing? Or will he simply be cooler now that he has spent a few hours in a jail drunk tank?  Better yet, will this make Justin reconsider his belief that he’ll never find himself in trouble with the law, no matter what he does?  I’m betting they both just laugh this arrest off and consider it a rite of passage! Tell us your thoughts in the comments below!