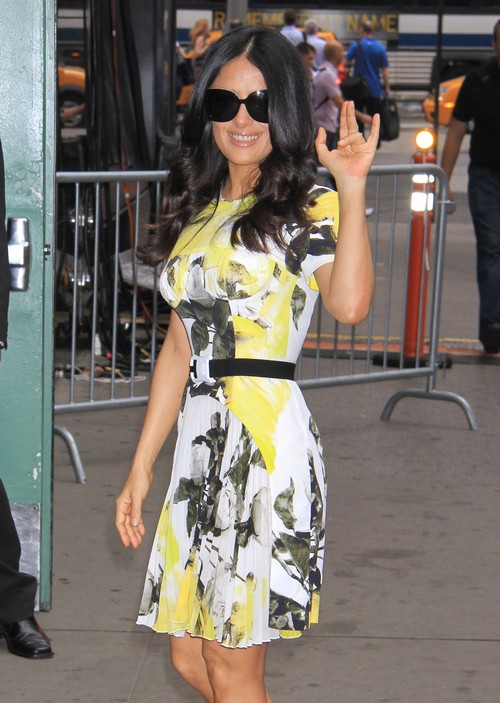 Oooh, girl drama. Salma Hayek was recently interviewed by the Huffington Post while promoting Grown Ups 2 and one of the topics she discussed was Angelina Jolie’s decision to have a double mastectomy.

When asked about her thoughts, she simply stated, “I don’t know if I would have done the same [as Jolie] so quickly, perhaps I would have had more faith, thought more positively that nothing was going to happen to me. But you know, I don’t know, it’s not fair to put yourself in that situation when you haven’t been in it. I respect her decision a lot, of course. Plus, she looks great.”

Well, that doesn’t sound so bad in context. In fact, her answer is perfectly diplomatic. But will others agree? It’s certainly true that not many people can truly understand that kind of decision without being in a similar position, but you can certainly envision it, right?

Regardless, I don’t think Salma Hayek was deliberately trying to say anything rude. Whether it came off that way or not is open to interpretation. Obviously, it was also something she was asked in an interview and not a topic she herself brought up, so there’s that. What do you guys think about Salma’s views? Let us know in the comments.