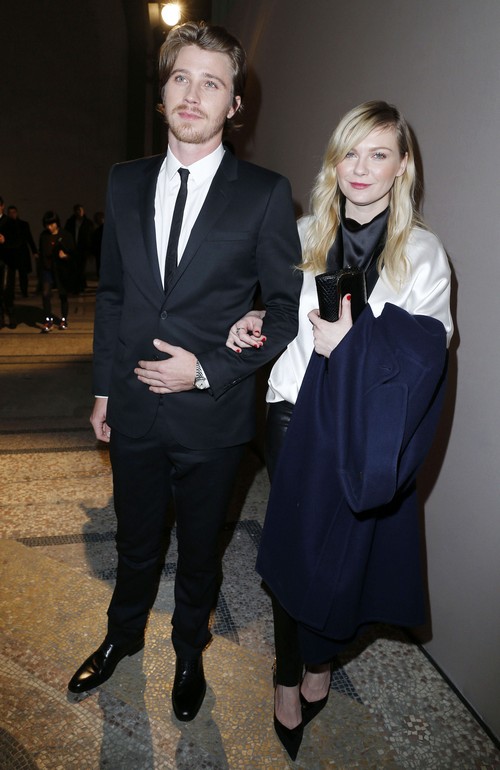 Garrett Hedlund and Kirsten Dunst have been going out for several years, so of course tabloids have already started speculating on marriage and babies.

According to a new report from the National Enquirer, Garrett and Kirsten are facing some trouble in their relationship because he doesn’t see marriage or babies in his future. A source explains, “Kirsten is putting on a brave front, but she’s absolutely devastated. The sad part is that she’s desperate to be a mom, and up until recently Garrett was on the same page. But Garrett wants to grow up a little bit first. He’s told Kirsten point-blank that he’s not even sure if she’s the girl that he wants to spend the rest of his life with.”

The source even adds, “Kristen is still hoping it’s just a case of cold feet… but her friends are screaming at her to move on. No one think they’ll get through this.”

Ok, knowing Kirsten’s relationship history, I’m actually surprised this isn’t the other way around. I would think Kirsten is the one who didn’t want to get married or have kids, and Garrett was the one who was pressuring her. Either way, could Hollywood’s favorite hipster couple [now that Robert Pattinson and Kristen Stewart have broken up] make it through this rough patch? Let us know what you think in the comments.