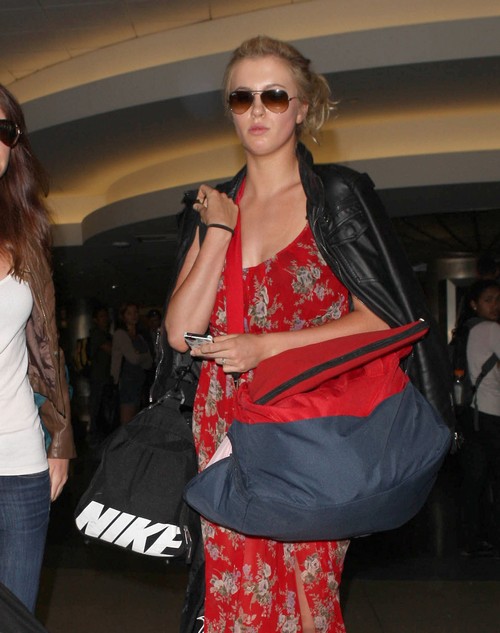 It was going to be pretty tricky for Ireland Baldwin to turn into a well adjusted  teenager when she has Alec Baldwin for a father so her chronic temper tantrums are on par for what I would expect of her. The latest rumblings surrounding the 17-year old place her at serious odds with step mother, Hilaria Baldwin.

According to the July 22nd print edition of National Enquirer Ireland is absolutely hateful towards Hilaria and accuses Alec of already loving his unborn child more than he has ever loved her!  Of course nothing that Hilaria says or does to try to ease tensions actually works. Instead she is belted with insults flung by Ireland before being ultimately reminded that she is most definitely not Ireland’s mother.

Being a step parent can be difficult enough but I’m sure being trapped between the bad-tempered Baldwin’s is no fun at all! Plus Alec and Ireland’s relationship has been bordering on abusive for years now. I think we all remember those infamous voice mail messages that were leaked to the press a few years back where Alec referred to his daughter as a little pig. Comments like that certainly didn’t leave Ireland feeling the love and I’m sure watching her father usher love and adoration on Hilarioa only turns the knife more. Of course Ireland resents anyone who wins her father over in ways that she hasn’t.

Do you think this family will be able to iron out their issues or is it better for Ireland to keep her distance? Tell us your thoughts in the comments below!