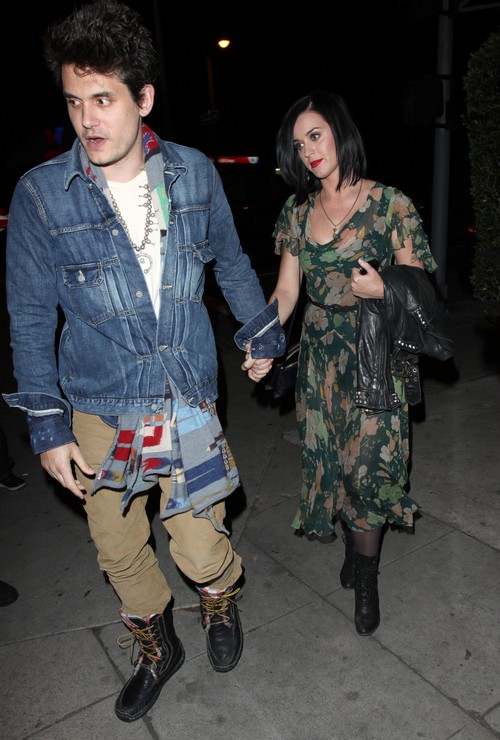 I just don’t understand Katy Perry. How many times is she going to reunite with John Mayer only to find herself standing in exactly the same position over and over again? We already know that John thinks he is Don Juan and that his chronic womanizing almost does seem to be uncontrollable so why on earth does she consistently crawl back to this guy that can’t seem to keep his junk in his pants?

According to the July 22nd print edition of Star Magazine Katy and John reunited in time for the 4th of July and he commemorated the reunion by dedicating one of his songs to her at a live show. That’s all well and good except for the fact that those close to John say that nothing at all has changed. As soon as Katy leaves he is texting and chatting up other women. He is one of those guys that needs constant interaction from women- any women to feel like he matters.Katy has been warned and warned by her friends- even by other women who have dated him! She catches him red handed but ultimately takes him back thinking that she can tame him, which is straight out crazy. John is the first to say that women want to save and fix him. They think he’s broken and that is a card that he purposely plays because it works! Women like Katy continue to fall for the ploy and it ensures that John has constant company.

How long will it take Katy to wise up this time around? And when she dumps John, will it be for good this time? Tell us your thoughts in the comments below!