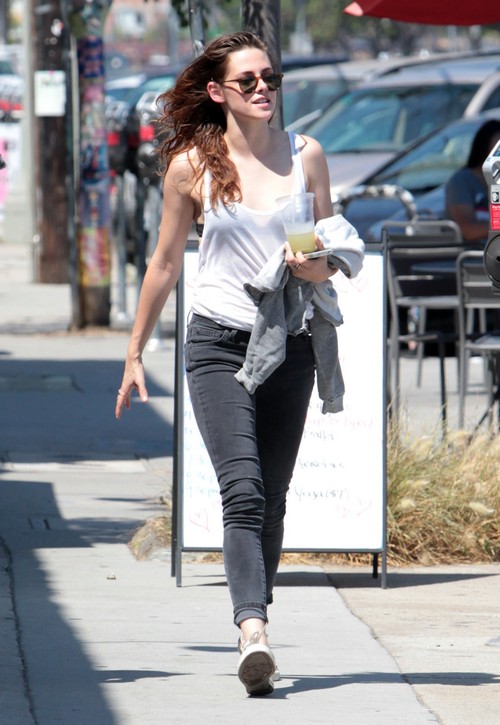 I feel like we’re getting contradicting reports every other day on what’s really going on with Kristen Stewart after her split with Robert Pattinson. Obviously, the big news dominating headlines for the past few weeks has been Rob’s ‘hookup’ [for lack of better word] with Riley Keough, Kristen’s [former] friend.

According to a new report from Hollywood Life, Kristen Stewart has been having a hard time dealing with the aftermath of the split, and she’s since turned to Buddhism to help her cope.

A source supposedly close to the actress explains, “Kristen has been studying Nichiren Buddhism. It’s a type of Buddhism, where you chant Nam-Myoho-Renge-Kyo. Chanting is supposed to help you through tough times and bring you inner peace and ultimate happiness. Orlando Bloom and Miranda Kerr also practice the same type of Buddhism. She has a couple of friends who practice and they encouraged her to get involved.”

Well, we certainly can’t say that the tabloids aren’t creative. Could Kristen actually be turning to religion to cope with her emotions? It’s not completely unheard of [see: Madonna], but for some reason, I just don’t see Kristen doing it. Besides, Kristen has seemed relatively fine in many of her pap candids over the past few weeks, so I doubt she’s wallowing in depression at home. What do you guys think?