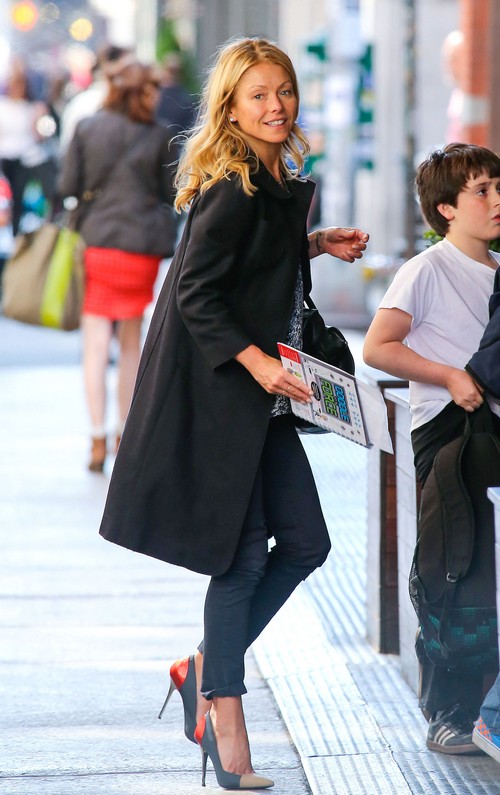 Over the last decade Kelly Ripa has become a welcome daily fixture in millions of homes nationwide. Her morning chat fest makes her a fan favorite and she also seems to have an enviable family life as well. What a lot of people don’t know is that she also seems to suffer from a rare neurological disorder known as Misophonia.

According to the July 22nd print edition of National Enquirer Kelly is seriously affected by noise that people make while eating. The sound of chewing or slurping is heightened to where the sufferer simply rages. In the past Kelly has admitted to losing her mind if her husband, Mark Consuelos is slurping on a peach. According to sources Kelly has never gone for a real evaluation and relies on her own self-diagnosis but she has spoken about the condition in interviews.According to those close to Kelly she has learned how to control her over reactions so that she doesn’t scream and yell over nothing, but the condition itself seems to be worsening. It is reportedly what caused Kelly and Mark to put their Soho penthouse on the market this year. Mark also insisted that the couple buy property in Teuuride,Colorado where the couple loves the tranquility and Kelly is totally at ease.

Mark has also helped by keeping the noises that will set Kelly off to a minimum in their home. He has always seemed to be a real partner to the star and this situation seems to solidify that. Why do you think that Kelly has relied on self diagnosis rather than seeking medical help?  Does she just not want to deal with the possible confirmation that something is wrong? Tell us your thoughts in the comments below!