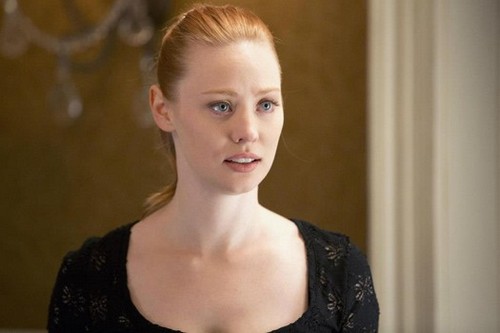 True Blood returns tonight to HBO and we are in the 1/2 ways mark of the season.  The season is really heating up and getting better and better each week.  On last week’s episode Sookie confronted her growing attraction to the mysterious Ben Flynn who was 1/2 fae and had a huge surprise.

Eric  countered Burrell’s brutal anti-vampire initiatives by hitting his nemesis where it hurts the most, his daughter. Growing up all too quickly, Andy’s faerie daughters end up keeping dangerous company.  Bill had his eye on them for their blood, but Jessica lost control.  Sam and Nicole made a connection. Bill tasked Takahashi to synthesize a new kind of blood, but he was not successful.  If you missed it we did a review of the episode HERE. So head over there and you can get caught up before tonight’s episode airs.

On tonight’s show Sookie has Ben/Warlow in her cross-hairs she has a ball of light and she is circling him telling him she has no idea why vampires feel the need to lie to her, threaten her and terrorize her in her own home.  Sookie knows he is Warlow.  Meanwhile Jason is going to have two ex-lovers show up next week: Sarah Newlin and Jessica who will be seeking his forgiveness.