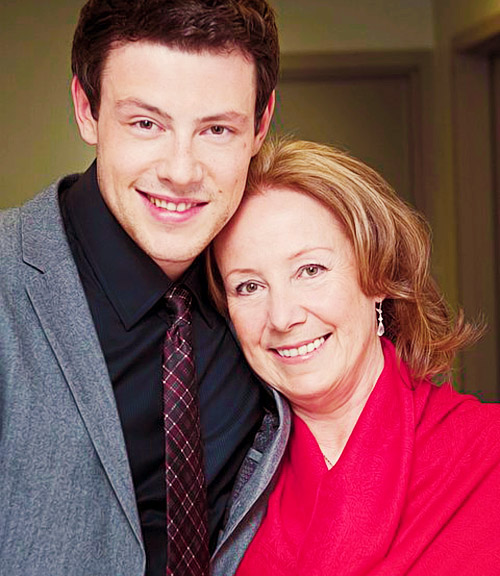 Cory Monteith’s tragic and untimely death has shaken the entertainment world. Several celebrities, including the cast and producers of Glee, have offered their condolences to his family, although his family has yet to release a statement. I can only imagine the grief and pain that his family is suffering through, especially his parents. It is always hard for any parent when a child precedes them in death.

Cory’s mother, Ann McGregor, was instrumental in getting Corey into rehab when he was nineteen and tried to help him throughout his lifelong struggle with drug addiction. She is most likely devastated and possibly feels guilty. Cory’s adverse reaction to is parents’ divorce when he was 13 appears to have been the catalyst for his drug abuse. He went from being a straight A student to eventually dropping out of school at 15.

Cory’s mother describes herself on twitter as a “Canadian mom, actor mom, designer/decorator,dancer, supporter of Woodwynn Therapeutic Farm in BC, and Close To Home (support for loved ones of people in need).”

We can only hope that Ann is receiving the very support she has offered other families in their times of need.