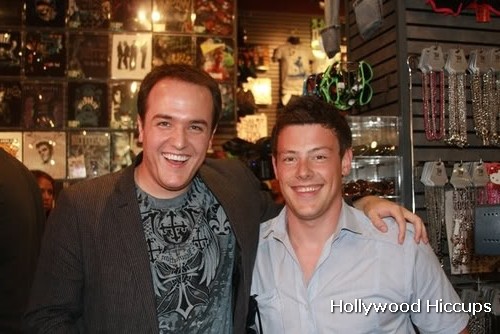 The sudden passing of Cory Monteith has left everyone simply floored. All anyone can do is to express their sadness through various tributes of one kind or another. Besides mourning the main concern right now happens to be for Leah Michelle. It was rumored that the couple had planned on a private wedding soon. And although our hearts go out to the devastated girlfriend there have been others that weren’t mention when they should have been. For instance, Cory Monteith’s older brother Shaun Monteith.

Shaun was rumored to be Cory’s best friend and an avenue of constant support during Cory’s rehab stints.  Cory’s death, what many can only begin to imagine just happens to be every big brother’s worst nightmare.  Shaun is devastated, the two had a close bond.  They had moved with their mother after their parents’ divorced when Shaun was 10 and Cory 7. As the eldest man of the house at the time I’m sure Shaun did his best to offer a fatherly role to his brother. Especially during such a difficult transition of their parents splitting up.

One of the key things to remember was that Shaun was always in Cory’s life but he never try to share in the limelight. Unlike many other celebrity siblings his role was never as part of the entourage but merely a friend.  They spoke on the phone every day.  He watched his brother go through addiction and now he has to let go of someone he was trying to either save or protect.  He is heartbroken.

Leah was important to Cory but so was Shaun!