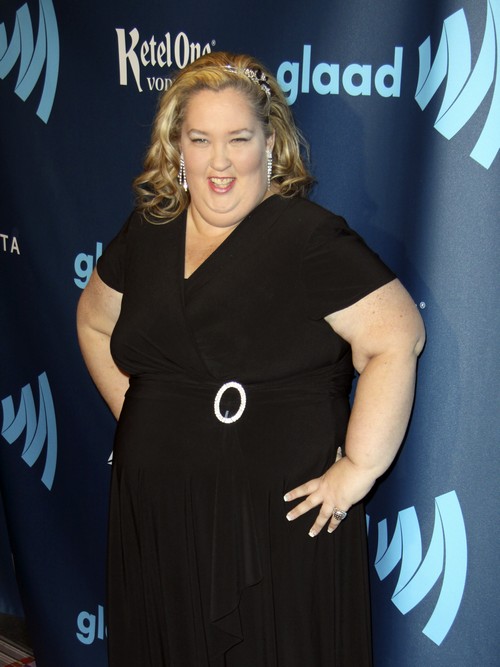 Can you believe it was only last year that Honey Boo Boo invaded the airwaves and became a new reality show sensation? Me neither, it seems like June Shannon and her family have been coming into my living room for years now and this week their TLC hit will be back for its second season.

While the family took a break from the cameras June lost a whooping 100 pounds and she claims it wasn’t exactly on purpose. According to the July 22nd print edition of In Touch June hasn’t altered her diet or exercise routine at all, she is simply a whole lot busier now that she’s famous. As for keeping the weight off she says she’s like everyone else and that her weight fluctuates a bit naturally. She also insists that if the 100 pounds reappeared she wouldn’t be too upset either.

June claims that the whole family has lost a bit but that she never pressures her daughters about weight loss. She has raised them instead to be healthy and comfortable in their own skin regardless of what the scale says. June also says that as little Alana is getting older she is stretching out and losing some of her baby weight as well.

The new season of Honey Boo Boo looks like it’ll be pretty interesting and there is one big change to the family- June and Sugar Bear finally got married after 9 years of dating. She says that they felt it was time but that day to day life for them hasn’t changed at all. They say that’s how it should be with marriage, it should just be a formality by the time a couple finally swaps those vows.

Will you be tuning in to watch Honey Boo Boo this week? Tell us your thoughts on Mama June in the comments below!