Was Elisabeth Hasselbeck Fired From The View to Make Room For Jenny McCarthy? 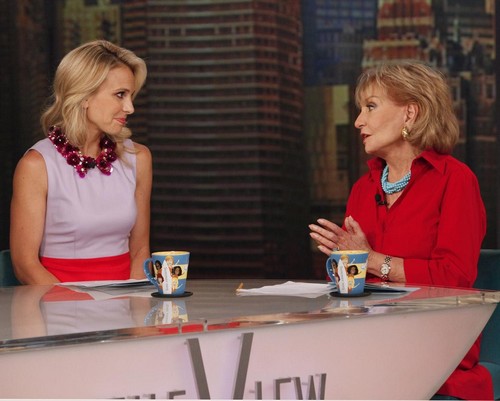 Today it was announced that Jenny McCarthy would be replacing Elisabeth Hasselbeck on “The View”. Prior to this particular recast, all the other recast took place over a long duration of auditions and yet this tidbit came out after week ½ tops after Elisabeth left. Luck? I think not. The fact Jenny was hired so quickly after Elizabeth’s departure only means one thing. They fired Elizabeth to make room for Jenny.

Long before she left there were rumors circulating that Elisabeth’s contract hadn’t been renewed. It was Wendy Williams that said the only reasons why they’re denying the rumors is because they were trying to save face.  Also that Elisabeth would “retire” from the show after lining up a new gig.

Funnily enough that’s exactly how it happened. Elisabeth came out with a statement how she was leaving to go to “Fox & Friends”. But did not she stay to finish out the season. She just left abruptly and never looked back.

What everyone needs to remember is that Elizabeth joined the show to replace someone but she had to try out and audition and so did Sherri Sheppard. Yet Jenny didn’t have to do that. She’s been a guest co-host a couple of times. I guess Barbara Walters didn’t want Elisabeth, those guest appearances were really auditions for Elisabeth’s job.