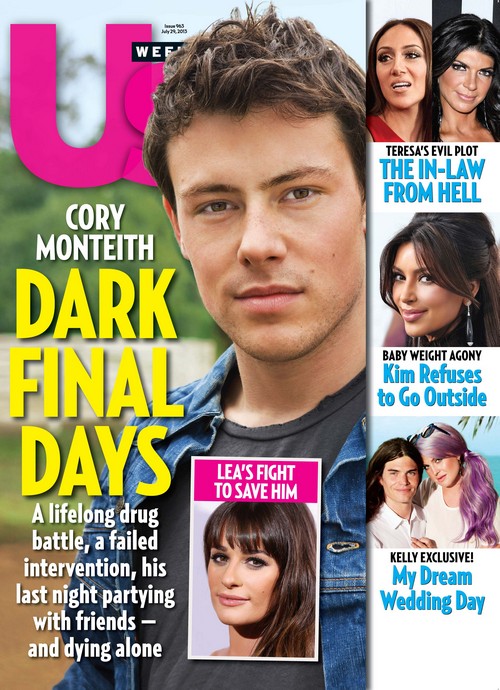 How does a young man have the will power to get over a cocaine and ecstasy addiction, but end up dying from a lethal combination of alcohol and heroin? It’s depressing.  Most people who are recovering drug addicts don’t often realize that alcohol is lethal when mixed with many other drugs, including prescription drugs. This is how Michael Jackson died, and unfortunately, this is how Cory Monteith died.

Several new reports confirm suspicions that Cory did indeed die from drugs. More specifically, he died from a ‘lethal combination’ of heroin and alcohol.

However, one of Cory’s friends has spoken up, and revealed how Cory beat the odds and managed to overcome his addiction to cocaine and ecstasy before his untimely death.  This friend explains, “He used to be a crazy party animal and I know ecstasy and cocaine was the drug of choice.” While everyone assumed that Cory was sober after spending time in rehab a couple of months ago, it seems like they were wrong. The friend adds, “His family is in pieces with the loss…it’s not anything anyone prepared for. It’s not like the Amy Winehouse case, where people were kind of expecting it. He really seemed like he was on the straight and narrow.”

This friend was also reportedly part of the group that partied with Cory hours before his death in Vancouver, and he reveals that Cory seemed completely fine when he was out with them. He explained, “My only worry is whether he was the best actor in the world and could hide drugs that easily. But I don’t think anyone could even do that. He wasn’t zoned out or super hyper. He was just normal. There’s no other way to describe it. That’s what is crushing is we are all waiting with baited breath terrified that he was hiding something from us.”

Based on this report, it certainly seems like Cory was hiding something from them. My guess is that he drank and hung out with his friends and then when he got back to his hotel room, he injected heroin, not realizing that that dose of heroin and alcohol mixed in his blood would be lethal.

Unfortunately, there is nothing that can be done now except continue to help people like Cory before it’s too late.