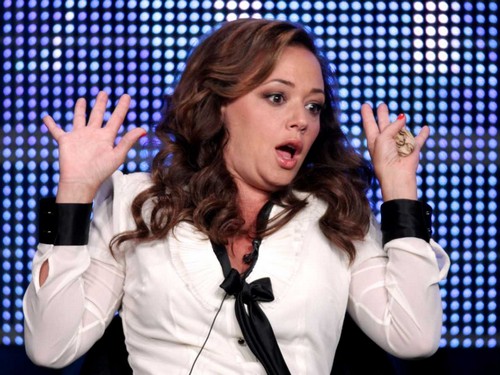 Whenever a high-profile celebrity leaves Scientology and actively tries to warn others about the ‘religion’, there’s one of two things that happen: either Scientology leaders pressure the person back in by threatening them, or they  built a smear campaign against them.

Scientology has a long history of running smear campaigns against people who leave their cult, and this includes actors Paul Haggis and Jason Beghe. They basically make websites questioning the credibility of these people, called WhoIsPaulHaggis, WhoIsJasonBeghe, and basically ‘Who Is’ anyone who leaves Scientology.

Marty Rathbun, who used to be a high-ranking official of Scientology, is another person who is targeted by the WhoIs websites.

According to a new report from Radar, all the high profile members of Scientology met after Leah Remini left, and they decided that pulling a smear campaign against her was their best bet.  Leah decision to leave Scientology infuriated Kirstie Alley who questioned church executives about what they were going to do about the situation.

Seriously?! This is 2013, and Leah’s a celebrity – who exactly do they think they’re going to fool with this website? Radar’s already found a website domain called ‘WhoIsLeahRemini.com’, so they’ve clearly already started.  These websites try to find arrest records, any history of criminal activity, etc. and if they can’t find any, then they just make up nonsense about the person being abusive, violent, and/or crazy.  Again, I don’t know who they think they’re fooling, but they’re certainly trying their best to bring down Leah’s reputation and credibility.